In the past two decades, the 46-year-old actor has done a variety of roles displaying a wide range of versatility in his movies from diverse genres 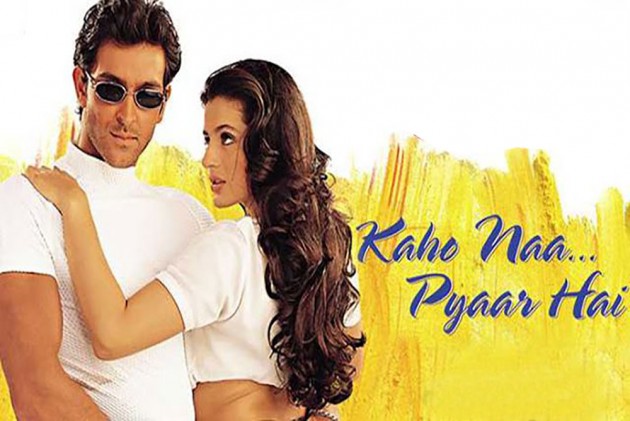 Kaho Naa... Pyaar Hai has turned 20 on Tuesday. It was on January 14, 2000 that Hrithik Roshan made his debut in his father Rakesh Roshan’s directorial venture and stunned the masses and the classes alike with his ability to act and dance, not to speak of an astounding screen presence.

In the past two decades, the 46-year-old actor has done a variety of roles displaying a wide range of versatility in his movies from diverse genres. But he appears to have reached his peak only now with two of his mega hits, Super 30 and War, in the same year.

In 2019, Hrithik played Patna-based mathematician Anand Kumar in his biopic Super 30 which turned out to be the most challenging role in his career yet. It was a deglamorised character of an humble teacher who runs a pioneering coaching institute in his hometown to groom underprivileged students of Bihar for the entrance test for the coveted Indian Institutes of Technology. Unsurprisingly, the decision of the film makers to cast him in that role sparked off a controversy with the critics wondering whether an actor known for his “Greek God” looks and persona would be able to justify the character of an unassuming person onscreen.

When Hrithik Roshan Got 30,000 Marriage Proposals!

My Failures Made Me Who I Am Today: Hrithik Roshan

As the film progressed, the movie landed in big trouble after allegations of sexual harassment against its director Vikas Bahl surfaced, leading to his ouster. Bahl was later reinstated after a probe purportedly absolved him of the charges but Super 30’s release dates had to be deferred a number of times last year before it was finally released on July 12. It was anything but an ideal time because of the ongoing World Cup cricket matches.

However, the feel-good movie of an underdog who fights against all odds to shape up the destiny of students from the marginalised sections of society in Bihar struck a chord with the audiences across the country and abroad not only because of its content but also because of the way Hrithik lived its pivotal character. It proved to be a validation of his versatility as the movie ended up earning more than Rs 150 crore in the domestic circuit alone.

Hrithik returned in an altogether different avatar in Yash Raj Films’s War, barely a few months later, with Tiger Shroff as his co-star. The high-voltage espionage thriller showcasing the talent of the two of the best action-dancers from Bollywood at present set the box office on fire with a record opening of more than Rs 53 crore on the day of its release. Widely referred to as the most combustible movie of the year, it had a lifetime collection of more than Rs 300 crore in India.

Critics, however, were not surprised over the success of both of Hrithik’s movies. Anyone who had seen the preview of his debut movie knew it back then that a big star had been born at the turn of a new millennium with Kaho Naa … Pyaar Hai. According to its director Rakesh Roshan, his film, with its heart in the right place, is God’s gift to him.

There were many factors behind its phenomenal success. It had great direction, a novel story line, chart-busting music and was shot on wonderful locales. But it was primarily its debut-making hero who emerged as its biggest USP, its biggest crowd-puller. It was quite an achievement for a debutant, who went on to sweep all awards for that film. Even though it was released at a time when the audiences were gradually growing tired of romantic musicals, it came as a whiff of fresh air. No romantic movie has since come close to it as far as tretament of the content and freshness are concerned. It still does not look dated even though it is 20 years old today.