Kajal Aggarwal Excited To Meet Her Little One; Samantha Ruth Prabhu Comments 'Look At You Glowing'

Samantha Ruth Prabhu complimented Kajal Aggarwal on her pregnant glow as she shared her enthusiasm to meet her baby in a recent Instagram post. 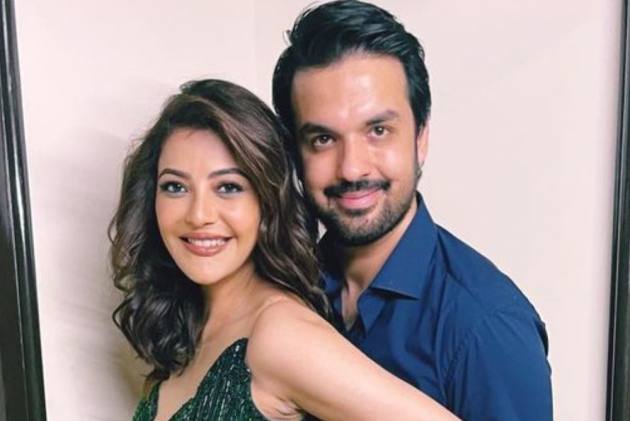 Actress Kajal Aggarwal, who is expecting her first child with her husband Gautam Kitchlu, has signed on as a brand ambassador for a pregnancy test kit company. On Instagram, she posted a video of her commercial and said, “I am so excited to meet my little one this year, I couldn’t be happier.”

Fans also wished Kajal Aggarwal. “Congratulations on your pregnancy Kajal @kajalaggarwalofficial! Can’t wait to see the lil one. You’re going to be an amazing mother. May God bless you with a happy and safe pregnancy with a healthy and joyous baby. We’re so happy for you,” read a comment.

In his New Year's post, Gautam Kitchlu confirmed Kajal Aggarwal's pregnancy. Sharing a picture of her, he wrote, “Here’s looking at you 2022.” He added a pregnant woman emoji as well. Earlier this week, she shared a picture with him, in which her baby bump was visible.

In October 2020, Kajal Aggarwal and Gautam Kitchlu married in Mumbai in front of close friends and family. She referred to him as her 'confidante, companion, best friend, and soulmate' in her first post following the wedding, which was a 'Punjabi meets Kashmiri' one that also included the Telugu ceremony of Jeelakarra Bellam.

Aggarwal will next be seen in 'Hey Sinamika,' a Tamil romance comedy starring Dulquer Salmaan and Aditi Rao Hydari. The film, which marks choreographer Brinda's directorial debut, will be released in theatres on February 25, 2022.