Kajol’s Instagram post, celebrating the 26 years of the release of the popular film 'Dilwale Dulhania Le Jayenge (DDLJ)’, did not go down well with SRK fans who slammed the actress for not supporting King Khan in the Aryan Khan drugs case. 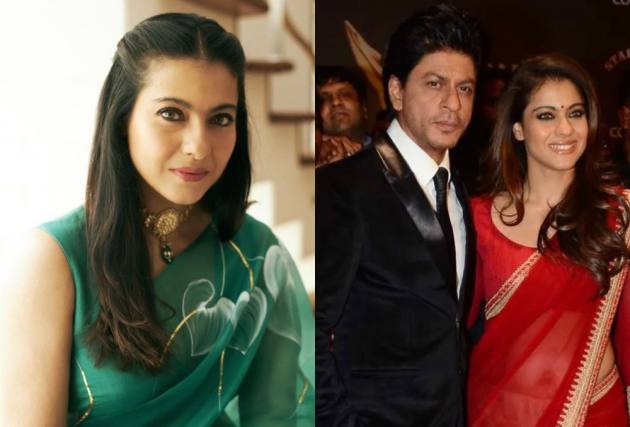 Bollywood actor Kajol was trolled online after she shared her memories of the popular film Dilwale Dulhania Le Jayenge’ which completed 26 years of its release yesterday, but failed to say anything about her 'DDLJ' co-star Shah Rukh Khan, who has had a few diffuclt weeks, ever since the Narcotics Control Bureau arrested his son, Aryan Khan on October 3.

Her Instagram post celebrating the 26 years of the iconic film, did not go down well with the fans of Shah Rukh Khan, who took to the comments section to express their disappointment with the actress for not extending her support to the actor. 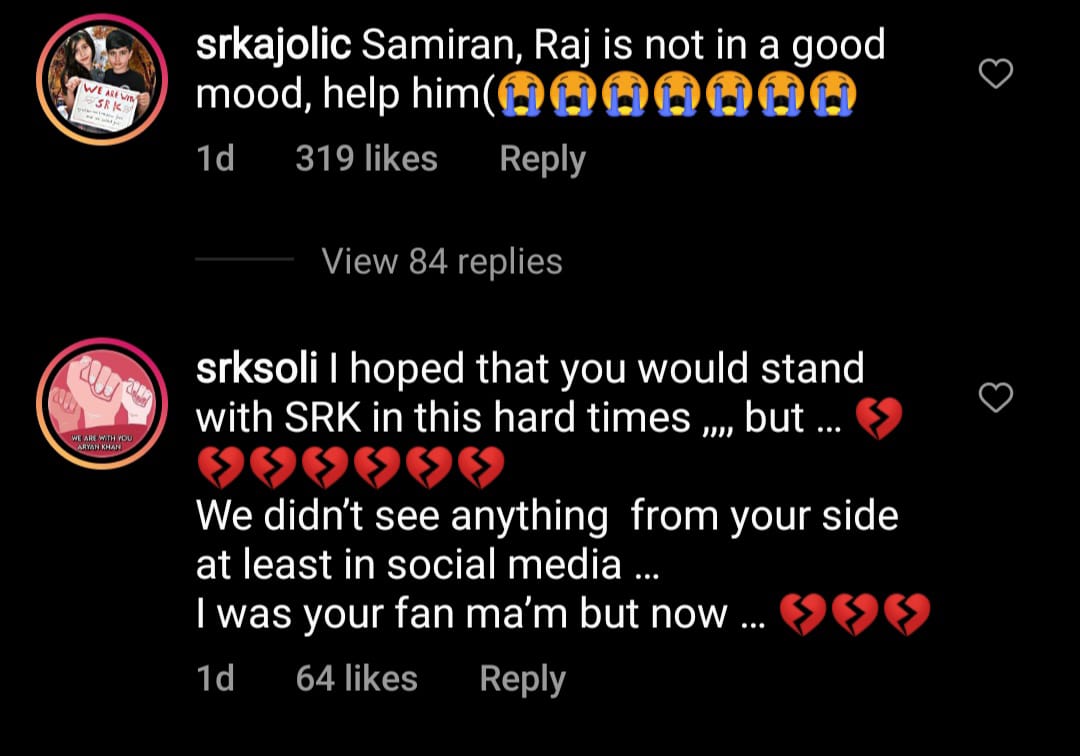 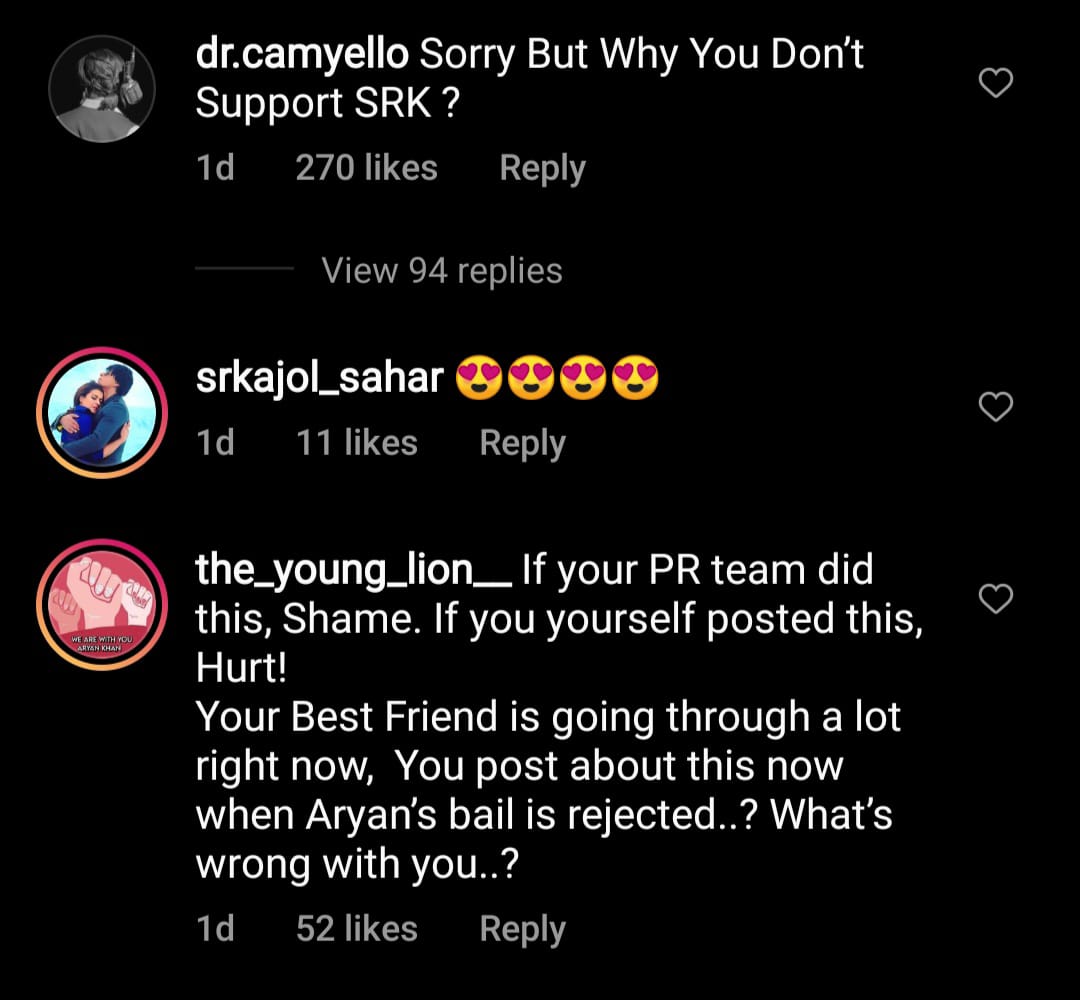 For the uninitiated, Shah Rukh Khan’s son Aryan Khan was arrested by the Narcotics Control Bureau during a raid on a cruise ship in Mumbai, on October 3 and has been in Mumbai’s Arthur Road Jail since October 8. The star kid has been struggling to get bail in the case ever since. Adding to his woes, his bail plea was once again rejected by the Sessions Court on Wednesday, and his custody has been reportedly extended till 30th October by a special NDPS court.