‘Naoroji: Pioneer of Indian Nationalism’ was selected for the NIF Book Prize from a brilliant shortlist of six books that showcased some of the finest non-fiction writing. 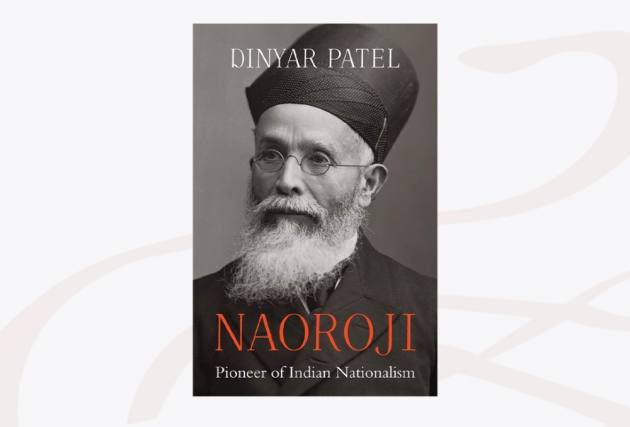 The New India Foundation has announced the winner of the fourth edition of the Kamaladevi Chattopadhyay NIF Book Prize 2021. The 2021 winner is Dinyar Patel for ‘Naoroji: Pioneer of Indian Nationalism’ (Harvard University Press), an outstanding biography of one of the most significant figures in modern Indian history.

The winner was selected from a brilliant shortlist of six books that covered a variety of themes and subjects and showcased some of the finest non-fiction writing about the world’s largest democracy.

Instituted in 2018, the Kamaladevi Chattopadhyay NIF Book Prize is one of the most prestigious literary awards in the country. It celebrates high-quality non-fiction literature on modern and contemporary India from writers of all nationalities published in the previous calendar year. The Prize carries a cash award of INR 15 lakhs and a citation.

The Jury citation for the winner of the Kamaladevi Chattopadhyay NIF Book Prize 2021 reads as, “‘Naoroji: Pioneer of Indian Nationalism’ by Dinyar Patel (Harvard University Press) is an exemplary biography about one of India’s first nationalists, written with great lucidity and detail by a promising scholar. In his keenly-researched work, Dinyar Patel illuminates the life and legacy of Dadabhai Naoroji as a key figure in the history of India’s movement towards Independence.”

The prize will be presented to Dinyar Patel at a special event on December 4 held in collaboration with the Bangalore International Centre. The presentation will be followed by an interaction with the winner.

For the unversed, Dinyar Patel is an Assistant Professor of History at the S.P. Jain Institute of Management and Research in Mumbai. He previously taught in the Department of History at the University of South Carolina. He has written for BBC News and the New York Times, among other publications.

The definitive biography of Dadabhai Naoroji, the nineteenth-century activist who founded the Indian National Congress, was the first British MP of Indian origin, and inspired Gandhi and Nehru. Mahatma Gandhi called Dadabhai Naoroji the “father of the nation,” a title that today is reserved for Gandhi himself. Dinyar Patel examines the extraordinary life of this foundational figure in India’s modern political history, a devastating critic of British colonialism who served in Parliament as the first-ever Indian MP, forged ties with anti-imperialists around the world, and established self-rule or swaraj as India’s objective.

Naoroji’s political career evolved in three distinct phases. He began as the activist who formulated the “drain of wealth” theory, which held the British Raj responsible for India’s crippling poverty and devastating famines. His ideas upended conventional wisdom holding that colonialism was beneficial for Indian subjects and put a generation of imperial officials on the defensive. Next, he attempted to influence the British Parliament to institute political reforms. He immersed himself in British politics, forging links with socialists, Irish home rulers, suffragists, and critics of empire. With these allies, Naoroji clinched his landmark election to the House of Commons in 1892, an event noticed by colonial subjects around the world. Finally, in his twilight years he grew disillusioned with parliamentary politics and became more radical. He strengthened his ties with British and European socialists, reached out to American anti-imperialists and Progressives, and fully enunciated his demand for swaraj. Only self-rule, he declared, could remedy the economic ills brought about by British control in India. Naoroji is the first comprehensive study of the most significant Indian nationalist leader before Gandhi.