The Delhi Assembly's Committee on Peace and Harmony had summoned Bollywood actress Kangana Ranaut to appear before it on December 6 over her controversial social media post about Sikhs. Protesters stopped her car on Friday, demanding an apology for the same. 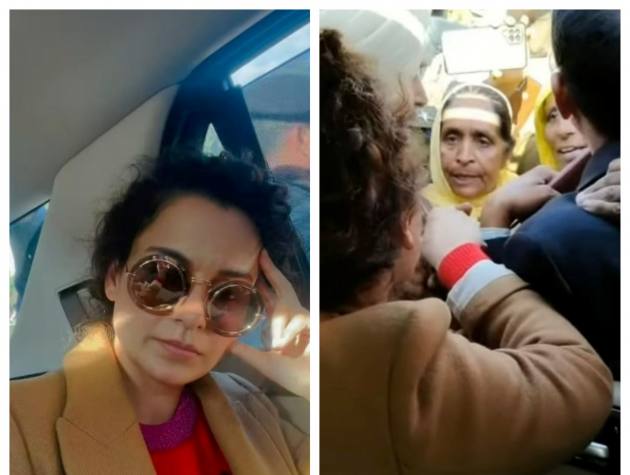 Bollywood actress Kangana Ranaut, claimed that she was stopped by farmers on the Chandigarh Una Highway in Bunga Sahib, Sri Kiratpur Sahib. Farmers gathered in large numbers to confront the actress, demanding an apology for her comments about Sikhs.

Ranaut furthermore stated that this is the condition  of mob lynching in this country.

''Agar mere saath security na ho, toh kya haalat hongey yaha par?(If there is no security with me, what will happen here?)...the situation here is unbelievable.''

''Itni  saari police hai par fir bhi meri gaadi ko nikalne nai diya jaa raha hai. Kya mai koi politician hoon? Kya mai koi party chalati hoon? ( there is so much of police forces but my car has still been stopped. Am i a politician? Do i run a party? '') What is this behaviour?

She panned her phone camera and stated that the mobs have surrounded her car from all possible directions.

She states '' Agar yaha pe Police na ho, toh yaha pe lynching ho openly'' (if the police hadn't been there, there wouldve been a situation of mob lynching.'')

After the actor spoke with a few female protesters, a truce was reached, and she was able to leave the area.

Later, she informed her fans via Instagram stories videos that she had gotten out of the'sticky' situation and thanked the Punjab Police and the CRPF for their assistance. The actress was also seen interacting with some of the female protesters in the videos.

Ranaut told the farmers that  her rants were directed at demonstrators in Delhi's Shaheen Bagh last year who were protesting the centre's controversial citizenship law, which has been criticised for discriminating against Muslims.

Her clarification, on the other hand, appeared to contradict her statements from just last week, when she called opponents of the farm laws "Khalistani terrorists" in another Instagram Story.

"Khalistani terrorists may be arm twisting the government today. But let's not forget one woman. The only woman prime minister ne inn ko apni jooti ke niche crush kia tha (The only woman prime minister crushed them under her shoe) No matter how much suffering she caused to this nation she crushed them like mosquitoes at the cost of her own life Lekin desh ke tukde nahi hone diye (but didn't let the country disintegrate) even after decades of her death aaj bhi uske naam se kaampte hai yeh inko vaisa he guru chahiye (even today, they shiver at her name, they need a guru like her)," she had said earlier.

Ranaut was summoned by the Delhi assembly after making the remark, which was interpreted by many as labelling the entire Sikh community - who made up a large part of the protesting farmers  as "Khalistani terrorists."