While talking about her new project, Kangana Ranaut said, that the movie will not be a biopic adding that it will be set around the time of Operation Blue Star and the Emergency. 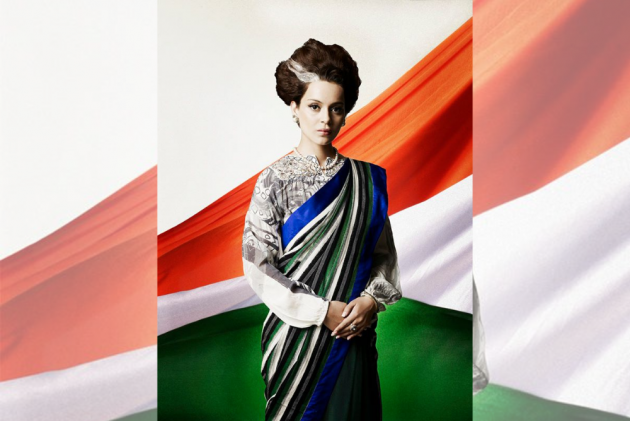 Bollywood actress Kangana Ranaut is all set to play the role of India’s one and only female Prime Minister Indira Gandhi. While the actress confirmed the news about her upcoming project on social media she hasn’t yet revealed the name of the proposed movie.

While talking about her upcoming project, Ranaut said that the movie will not be a biopic adding that it will be set around the time of Operation Blue Star and the Emergency.

The film will be directed and scripted by Sai Kabir.

According to recent reports Kangana Ranaut mentioned in a statement, “Yes, we are working on the project, and the script is in its final stages. It is not the biopic of Indira Gandhi. It is a grand period film. To be precise, it is a political drama that will help my generation to understand (the) socio-political landscape of current India.”

Taking to social media, the actress shared an image of herself dressed up as Indira Gandhi.

Kangana will essay the role of former Prime Minister Indira Gandhi in an upcoming political drama.

"The script is in final stages. It is not a biopic but it is a grand period film that will help my generation to understand (the) socio-political landscape of current India." pic.twitter.com/0Ln3Pwtwa0

The characters of other actors in the film are likely to be based on Sanjay Gandhi, Rajeev Gandhi, Morarji Desai and Lal Bahadur Shashtri.