Here's why Bollywood actress Kangana Ranaut's 'Dhaakad' has been pushed back to May 2022 amidst the April release of 'KGF 2' and 'Laal Singh Chaddha'. 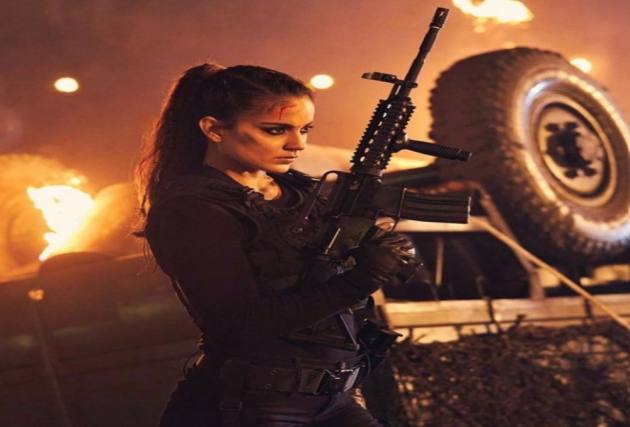 Bollywood actress Kangana Ranaut has a number of projects in the works. Since the success of 'Thalaivi', the actress has had a string of hits ranging from 'Tejas' to 'Dhaakad'. According to Pinkvilla, 'Dhaakad', which was supposed to be released on April 8, 2022, has been pushed back to May 2022.

According to a source close to the development, the makers of 'Dhaakad' are avoiding box office competition because big projects are set to release that month. While 'Dhaakad' did not clash with any major films, the following week saw the release of actor Yash's' KGF: Chapter 2' and Bollywood actor Aamir Khan's 'Laal Singh Chaddha'.

Given the strong competition from both of these films, the producers have decided to give 'Dhaakad' a longer run at the box office. The film's new release date is scheduled for  May 20, 2022.

Ranaut has shared glimpses from the 'Dhaakad' shoot on several occasions too. The actress will play a fierce fighter in the film, which was initially announced as India's first female-led action thriller.

The actress has undergone extensive training for her role as agent Agni.

The film, directed by Razneesh Ghai, was previously scheduled to open in theatres in October 2021. However, due to the pandemic-induced delay and closure of theatres, the producers have scheduled it for release in 2022.

Meanwhile, 'KGF: Chapter 2' and 'Laal Singh Chaddha' are set to compete in theatres. The big-budget films are likely to dominate the box office. Yash's film is an action thriller and a sequel to the hugely successful 'KGF', whereas Khan's film is the official Hindi adaptation of the award-winning film 'Forrest Gump'.