Kareena Kapoor Khan is extremely happy about the fact that now she can kiss her kids Taimur and Jeh. 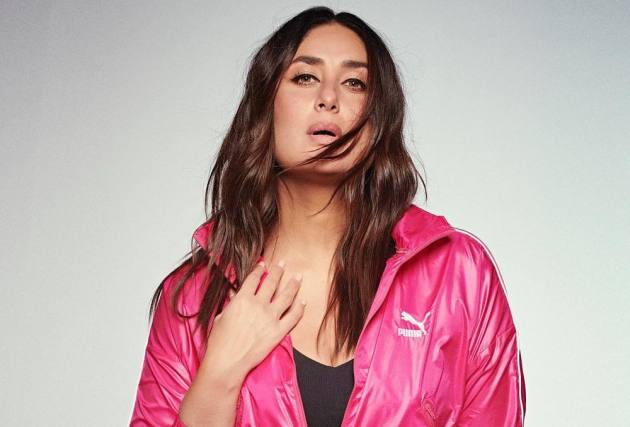 In a heartfelt post, she thanked her sister actress Karisma Kapoor for supporting the family and her husband actor Saif Ali Khan for being ‘very patient’. She also added near the conclusion that she will now kiss her babies, Taimur and Jeh, ‘as never before.’ The actress specifically mentioned her husband, actor Saif Ali Khan, who was 'locked in a hotel room' while she was fighting Covid and thanked him.

The post read,  “I have tested negative for Covid-19. Thank you to my darling sister for being our anchor through this nightmare… My BFF Amrita we did this… my darling friends and family, my Poonie, Naina, and everyone for praying… My fans for your DMs," the actor wrote.

“The BMC for being so amazing and prompt… SRL Dr. Avinash Phadke Labs for being the best… And lastly my dear husband for being so patient to be locked in a hotel room… away from his family. Merry Christmas everybody stay safe! Ok bye have to kiss my babies like never before," the post concluded.

The Brihanmumbai Municipal Corporation (BMC) has now said that it has tested negative for the new variant. Earlier in the day, The Times Of India reported that Kareena Kapoor Khan had tested negative for the new Covid-19 variant Omicron as well. “Actor Kareena Kapoor Khan's genome sequencing report for Omicron is negative: Brihanmumbai Municipal Corporation”.

After a celebratory supper at filmmaker Karan Johar's house, the actress tested positive for Covid-19. While Johar and others tested negative for the virus, Kareena Kapoor Khan, actress Amrita Arora, celebrity Seema Khan, and celebrity Maheep Kapoor tested positive for the virus. Johar also issued a statement clarifying that the event was a 'intimate dinner,' rather than a party or celebration.

Bebo, as she is known, will next be seen in the film 'Laal Singh Chaddha,' in which she will star alongside actor Aamir Khan. The film will be released on April 14, 2022, and is a remake of the American Oscar-winning movie 'Forrest Gump.'