Karisma Kapoor On Her Struggles: I Was Ridiculed For Sexy Sexy Song; People Said I’ll Never Make It

Karisma Kapoor, who was one of the popular faces in Bollywood in 90s, gets candid about her struggles in the industry 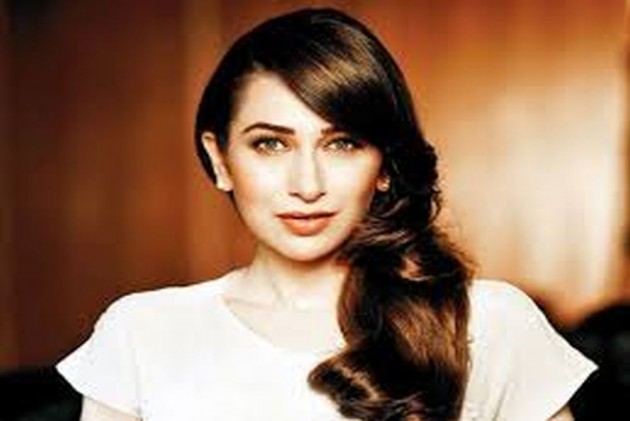 Bollywood’s first filmy family – The Kapoors, have given several legends to the Indian Cinema. But among all these, Karisma Kapoor was one of the most talked about Kapoors during her times. After all, she was the first one to take the leap of stepping into showbiz from her generation and emerged as the darling of the 90s. She was the only heroine who delivered 15 blockbusters back to back during her prime. However, she had her share of struggles as well during her journey in Bollywood, be it for being a star kid or for her choices of movies and songs.

Karisma got candid about her struggles in Bollywood and how she was often ridiculed for her songs and was discouraged at every point. Karisma revealed that with her being a star kid, it was not easy for her to carve a niche for herself in the industry. Instead, she feels it is way more difficult for star kids as there is more pressure on them. Recalling her journey in the industry, Lolo emphasised that she did face many rejections and even had nights when she cried herself to sleep. But when she did the song ‘Sexy Sexy Mujhe Log Bole’ for Govinda starrer Khuddar, Karisma did raise a lot of eyebrows.

“When I did song ‘Sexy Sexy Mujhe Log Bole’, today the word sexy is used at a drop of a hat. Actresses today are wearing tiny shorts or bikini tops and that time I was fairly covered. But still, it was made huge deal ki ‘ye kaisa gana hai’. I remember I was so young, I had bruised knees and elbows doing those difficult steps in the song thinking people will appreciate it and they’ll love my dance. Yes, people appreciated the talent side, but a lot of views were like, ‘what are these wordings’. And eventually, the song’s wordings were even changed but today the song is everywhere,” Karisma was quoted saying.

In fact, she was also demotivated several times for resembling her father as well and everyone was skeptical if she will ever make it in Bollywood. “A lot of people were like she looks like her dad and she will never make it.  People used to say that. And for a young girl and a teenager, to be hearing that and trying to work hard and be focused and dedicated, there were these kinds of comments coming. But touchwood I proved them wrong,” she added.

Indeed, Karisma did prove everyone wrong and is a perfect example of a strong and talented woman who made it big on her own.