Kartik Aaryan Raises Anticipation And Excitement For 'Dhamaka,' With A New Promo

Bollywood star Kartik Aaryan, who is gearing up for the release of ‘Dhamaka’, has dropped a new promo from his much-awaited film. 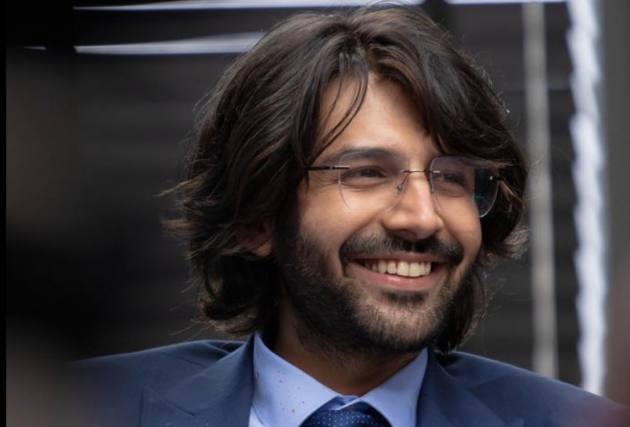 Aaryan will be seen playing the role of a journalist Arjun Pathak in the action thriller, which will premiere on a leading OTT platform. In his video message, the actor talked about success and the sacrifices one to has to make in order to achieve fame.

Aaryan's comment section was flooded with messages from fans anticipating what happens in the film.

The film co-starring Mrunal Thakur and Amruta Subhash will premiere digitally on November 19, 2021. Filmmaker Ram Madhvani, who helmed 'Neerja' and 'Aarya', has directed 'Dhamaka'. The trailer has received an amazing response from the audience upon its release on YouTube and other social media platforms.

Aaryan, who so far had a lover-boy image seems to be getting into a new image for his fans through this fim.

His other films in the lineup include, 'Captain India', 'Bhool Bhulaiyaa 2,' Sajid Nadiadwala's next, 'Freddy' and 'Shehzada.'