Kashmera Shah Gets Back At Sunita Ahuja; Says ‘Bad Daughter-In-Laws’ Have ‘Cruel Mother-In-Laws’

In an interview recently, Govinda’s wife Sunita Ahuja had referred to Kashmera Shah as a ‘bad daughter-in-law’ 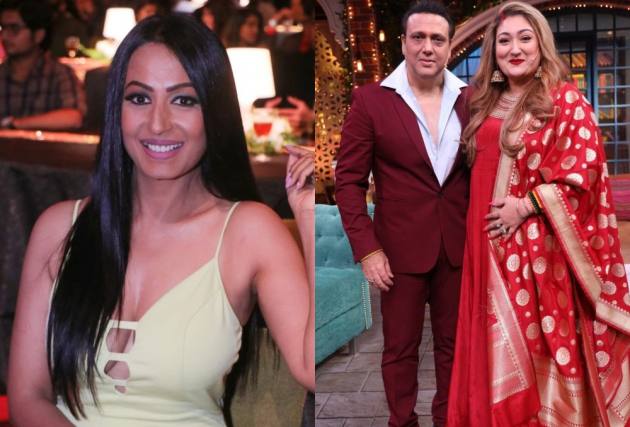 TV actress Kashmera Shah has hit back at actor Govinda’s wife Sunita Ahuja’s “bad daughter in law” remarks. The 49-year-old, who is married to Govinda’s nephew Krushna Abhishek, took to Twitter and remarked that “bad daughter-in-law” is some one who has got a “cruel mother-in-law”.

Had a work trip to the States so just got back and am reading about “people” washing their hands off on Our family feud. While reading one statement my son asked me what is a Bad Daughter In Law? I replied “One that Got A Cruel Mother In Law” #checkmate

For the uninitiated, Krushna Abhishek had a fallout with Govinda in 2016. Ever since, they have gotten into several public spats with each other. Govinda’s wife Sunita Ahuja had also said that she doesn’t even want to see Krushna’s face.

Recently, in a new interview, Ahuja slammed Shah's ‘who is Sunita?’ remarks. "I don't reply to bad things. Even after taking care of them like a mother, they are behaving in such a bad way. Problems in the house start when we bring a bad daughter-in-law. I don't want to take anybody's name. I have so much work to do in my life. I handle my husband Govinda's work. I don't want to get into these nonsensical things. Govinda has already warned not to bring any family matter in public but few people need publicity and they always create issues and these things always crop up from Krushna's side," Ahuja had said.

She went on to add, "We don't need the footage. The people who need footage do such things. It has happened a thousand times that he is ready to say sorry and even several times, I have patched up. But, we can't ignore bad things again and again, we also have some self-respect. I don't know why other people speak in between a mother and a son. Who is she and who knows her? I am Govinda's wife from the past 36 years and she has come now. We are happy in our life and I am so busy that I don't have time to look at such people."