"Like so many friendships globally, we've missed each other because of Covid," said Kate Winslet. 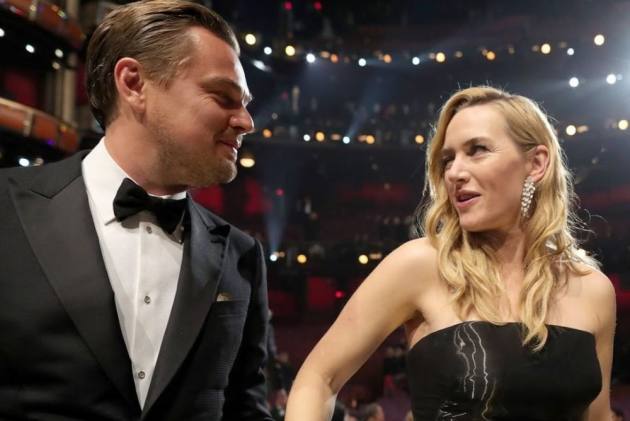 After being separated for nearly three years owing to the pandemic, Kate Winslet was overwhelmed with emotions when she reunited with Leonardo DiCaprio.

The longtime friends first acted together in the 1997 film 'Titanic,' and then again in the 2008 film 'Revolutionary Road.' However, Winslet, told The Guardian that she "couldn't stop crying," when she met DiCaprio, in Los Angeles recently.

"I've known him for half my life! It's not as if I've found myself in New York or he's been in London and there's been a chance to have dinner or grab a coffee and a catch up," she said.

"We haven't been able to leave our countries. Like so many friendships globally, we've missed each other because of Covid." Winslet further said, "He's my friend, my really close friend. We're bonded for life."

'Eternal Sunshine of the Spotless Mind' star also recalls working on Titanic with DiCaprio more than two decades ago. "I turned 21 on that shoot, and Leo turned 22," she said, adding of filming the flick, "It wasn't pleasant for any of us, but we were all in it together. Though he had way more days off than I ever bl**y did."

Kate Winslet and Leonardo DiCaprio, on the other hand, enjoy one of Hollywood's most storied and long-lasting friendships. Winslet has claimed that DiCaprio is like a brother to her on multiple occasions.

In 2017, they took a trip to St. Tropez together. In 2012, DiCaprio accompanied Winslet down the aisle during her wedding.

On the work front, DiCaprio can be seen in the recently released film 'Don't Look Up.' DiCaprio portrays an astronomer in the Netflix film, and has described the role as a "once in a lifetime opportunity." In the film, Leonardo DiCaprio and Jennifer Lawrence's characters have six months to convince the public that a Mount Everest-sized comet is hurtling towards Earth, but it turns out to be a hilarious journey.