Isabelle Kaif celebrated her birthday yesterday (Januray 6) while she was busy shooting for her next project. 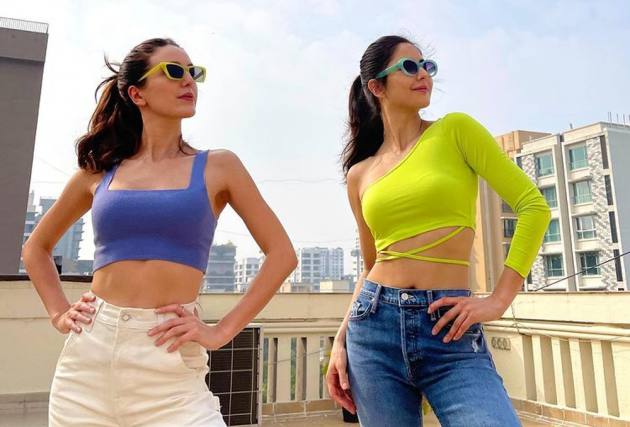 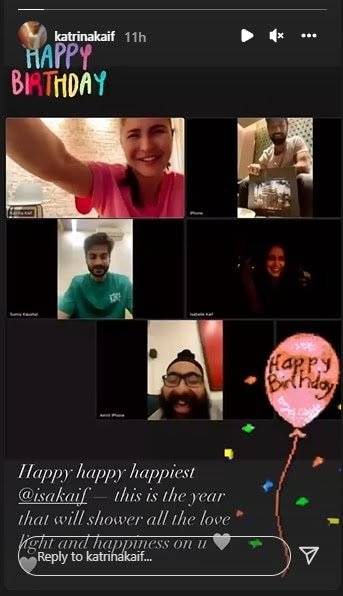 Isabelle Kaif was busy shooting for her next project on her 31st birthday and Katrina Kaif took to her Instagram stories to give a glimpse of her sister's virtual birthday celebration.

Isabelle revealed that she was  working on her birthday and uploaded a photo from the set. "that's a wrap on a working birthday thanks guys for all the love," she wrote.

Earlier, Vicky Kaushal had also shared a picture of his sister-in-law Isabelle Kaif on his Instagram handle. He wrote, "Happiest birthday, Isy! Have the most wonderful time working and partying today!"

Actress Sharvari Wagh, who is rumoured to be dating Sunny Kaushal had met Isabelle Kaif at Katrina Kaif and Vicky Kaushal’s wedding. She too wished her a happy birthday as well.

Katrina Kaif and Vicky Kaushal got married in an initimate wedding with a few friends and family members in Sawai Madhopur, Rajasthan, last month on December 9.

As for Isabelle Kaif, she made her Bollywood debut with ‘Time To Dance’, co-starring Sooraj Pancholi in 2021. She will next be seen in Lalit Butani's ‘Kwatha’, which will star actor Aayush Sharma. A year ago Isabelle Kaif shared the first look of her upcoming film titled ‘Suswagatam Khushamadeed’. The film features herself in a leading role opposite Pulkit Samrat. The actors are currently shooting for the film and if everything goes well, it might hit the theatres by the end of 2022.