Bollywood actress Katrina Kaif took to her Instagram to wish actor Salman Khan on his birthday. 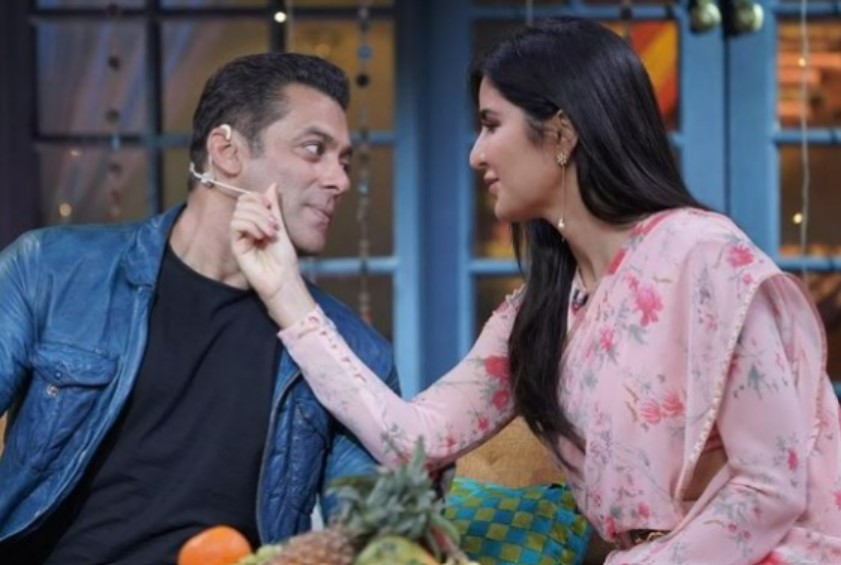 The actress posted an Instagram story to wish the actor and penned down a heartfelt note for him. Kaif posted a throwback, uber-cool picture of Khan where it seems like the actor is on a bike ride. 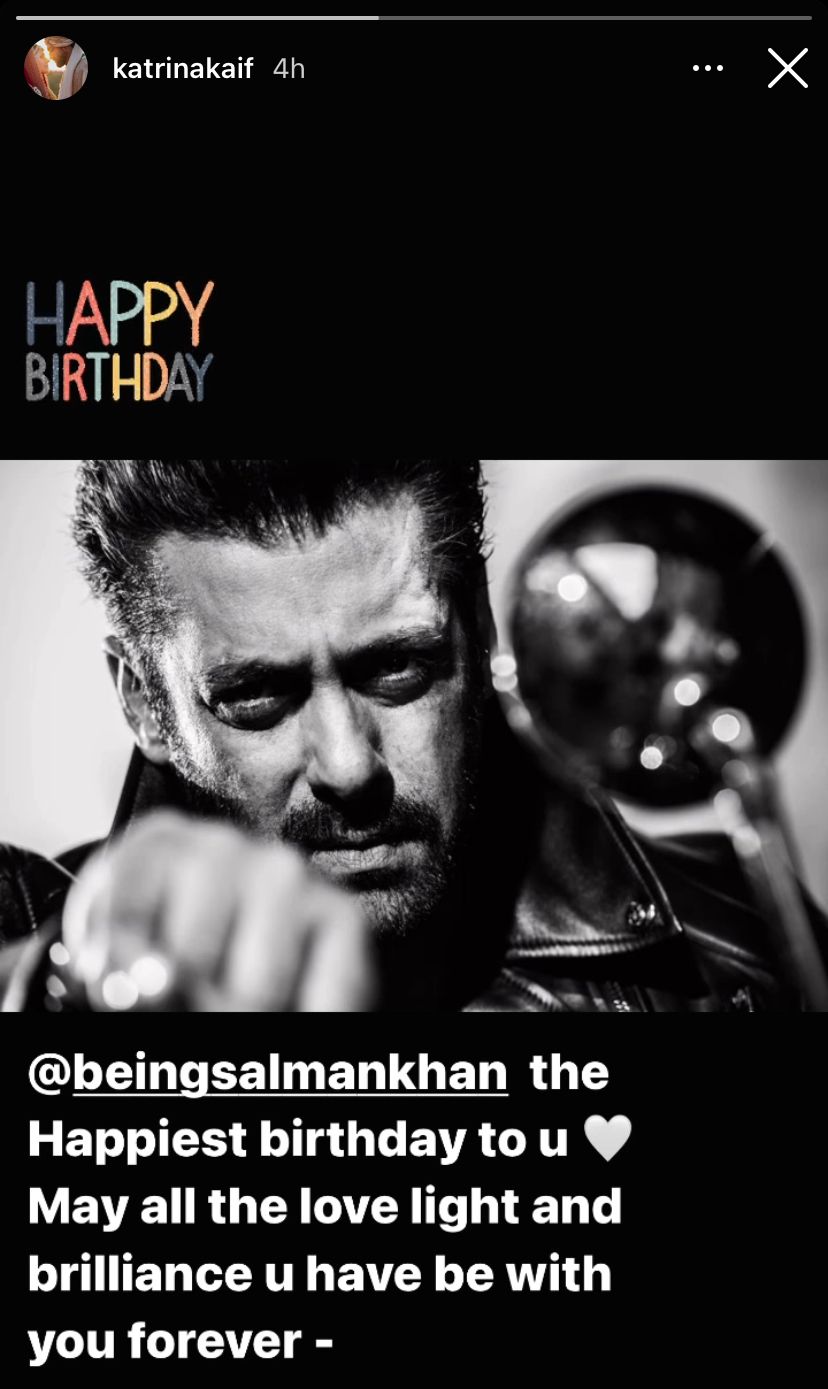 Kaif expressed her heartfelt wish for the actor and stated " @beingsalmankhan the happiest birthday to u (inserts a white heart emoji) May all the love light and brilliance u have be with you forever- (sic).''

During a media interaction outside his farmhouse, Salman Khan said 'Tiger 3' would be released in December 2022 and hinted that he and actor Shah Rukh Khan might collaborate on another project. 'Tiger 3' and 'Pathan', the duo's upcoming films, will feature them in extended roles.

'Tiger 3', produced by Yash Raj Films, is the third instalment in the spy action-thriller franchise, with Salman and Katrina reprising their roles as agents Tiger and Zoya. Actor Emraan Hashmi will play the antagonist in the film.  Shah Rukh Khan's action film 'Pathan' which will be produced under the banner of Yash Raj Films, will feature Salman Khan in a cameo role.

"We are coming together in 'Tiger' and 'Pathan'. 'Tiger 3' should be released by December 2022, before that 'Pathan' will release. Then maybe both of us will come together," news agency PTI quoted the actor as saying. 'Tiger 3' is helmed by director Maneesh Sharma while 'Pathan' is directed by Siddharth Anand.

The film, directed by Vijay Sethupathi, will be their first collaboration. On December 23, 2022, producers Ramesh Taurani and Sanjay Routray's 'Merry Christmas' will be released in theatres.

Kaif was last seen in 'Sooryavanshi' with actor Akshay Kumar. The film was released in theatres and grossed more than Rs. 100 crore in less than a week. In addition to 'Merry Christmas' and 'Tiger 3', the actress has director Farhan Akhtar's 'Jee Le Zara', which also stars actresses, Priyanka Chopra and Alia Bhatt.