'Phone Bhoot' is a horror comedy directed by Gurmmeet Singh and produced by Excel Entertainment. The film, written by Ravi Shankaran and Jasvinder Singh Bath, is set to be released on July 15 next year. 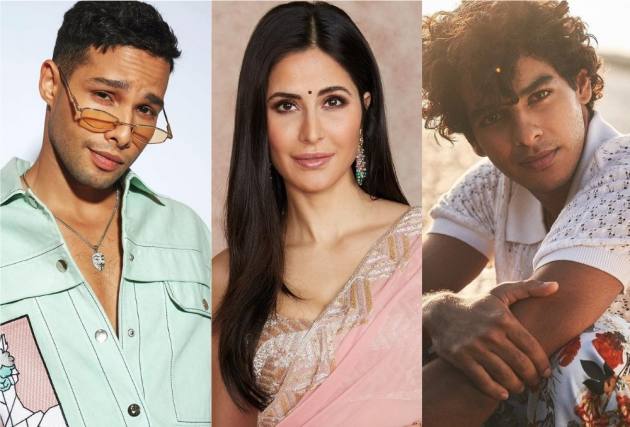 'Phone Bhoot,' starring Katrina Kaif, Ishaan Khatter, and Siddhant Chaturvedi, will be released in theatres in July 2022, the filmmakers announced on Friday.

The supernatural-comedy is directed by Gurmmeet Singh of 'Mirzapur' fame and produced by actor-filmmaker Farhan Akhtar and Ritesh Sidhwani's Excel Entertainment.

In a statement, Excel Entertainment said 'Phone Bhoot' will release in cinemas on July 15, 2022.

The film, which marks the first collaboration between Kaif, Khatter and Chaturvedi, is written by Ravi Shankaran and Jasvinder Singh Bath.

Besides this film, Kaif, 38, will be teaming up with Akhtar for his directorial venture a road trip movie named 'Jee Le Zaraa' alongside Priyanka Chopra Jonas and Alia Bhatt and the third part of 'Tiger' franchise.

Chaturvedi will be re-teaming with Excel Entertainment for romantic action-thriller 'Yudhra' and an untitled movie with filmmaker Shakun Batra in which he features alongside Deepika Padukone.