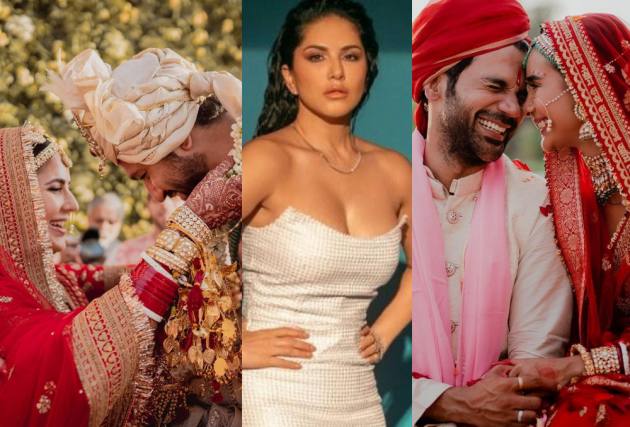 Celebrities are always in the limelight for everything that they do. Whether they’re doing something good or bad, people always talk about them. So, it’s always nice that they remain a good role model for their fans. Here are a few recent examples where celebrities have tried to break the age-old societal stereotypes so that their fans watching them can see and learn, and probably, implement such things in their personal lives.

While in our Indian society a man marrying a woman 15-20 years younger than him doesn’t raise any eyebrows but the moment it’s the other way around, and the age difference might not be even 10 years, people just tend to lose their mind over it. The most recent example for the same is actor Vicky Kaushal who is 33, getting hitched to actress Katrina Kaif, who is 38. There was quite a lot of hullabaloo a few years back around it when there were whispers about the two having had started to date. However, as the wedding approached, that aspect was sort of not talked about that much. Also, how can one forget how much actress Priyanka Chopra was trolled for marrying actor-singer Nick Jonas who is 10 years younger than her? Well, the desi girl did hit it out of the park when in the recent Netflix roast of the Jonas brothers, she went on stage and made fun of the age gap between her and her husband. She gave it back to the haters and trolls, who had back in the day dissed her a lot for this age gap thing. Chopra just killed it and owned up to calling a spade a spade always.

Well, traditionally in quite many Indian cultures, the sporting of a ‘sindoor’, the vermillion, by a woman is considered as a primary sign of being married. This has been going on and we all have seen our mom’s or aunt’s wear the red ‘sindoor’ pretty much every day of their lives. If you see traditionally in Indian culture, there is no such sign for the men. While the ‘sindoor’ suggests it out loud to the world that the woman has been taken and she is married now, but there is no such indication in the men, which shows off that they’re married. So, what actor Rajkummar Rao did recently at his wedding to actress Patralekhaa was something really commendable. After the wedding, the couple released a video from their wedding, and in that Rao can be seen putting ‘sindoor’ on Patralekhaa’s forehead, and once he is done with that he asks her to put the same on his forehead as well. Without saying much, but with just a small gesture, he did break the age-old stereotype of the ‘sindoor’.

Ramp Walk With A Baby Bump

We all have seen good looking, sexy and almost always very slim models walk the ramp at fashion shows. It has been a custom, and fashion designers have been doing that since time immemorial. No one ever questions out loud as to how much those supermodels end up starving themselves and harming their bodies just to ensure that they look ramp-ready always. However, times are changing. Fashion designers are now heading up to even plus-size models to walk the ramp. So much so, even when actresses Kareena Kapoor Khan and Neha Dhupia have been pregnant, designers have approached them and made them the showstoppers for their fashion shows. By doing these shows, Khan and Dhupia have pushed forth the idea of a healthy female body in the fashion industry. It shows that you need not be the slimmest in the room always, and it’s perfectly okay to look the way you naturally do.

Actress Sunny Leone had been a hugely popular star in the adult film industry in the West much before she came down to India. When she came down to India to participate in ‘Bigg Boss’, no one had predicted that she would become such a hugely popular actress in India as well. She has been loved by all and sundry, and that has nothing to do with her prior adult industry work. While there have been numerous occasions where people have tried to undermine her, but what’s amazing is that Leone has never shied away from her past. She totally owns it up and is not afraid or ashamed to talk about it. She even made fun of the people who can’t look beyond her adult actress past life during a recent stand-up comedy show that she did. Also, actresses like Sherlyn Chopra and Poonam Pandey are proud of their bodies and have been entertaining the audiences in their own ways and on their own terms.

In the Indian film industry, there have been many actresses who have broken societal norms of marriage and have decided to stay happily single. They’ve been doing great work and have been living a life in the way they wanted to. Actresses like Rekha, Sushmita Sen, Tabu and many others have always let their work do the talking when society questions them about their marital status. All of them have great careers, and they’re actresses whom young girls all over the country aspire to be like. They didn’t need a man to define them, and thereby have been living life to the fullest, and that too in their own terms.