"Well, it changed my life. And, it was such a wonderful creative experience, and so to play Neo in The Matrix trilogy and now in the fourth... It impacted my life, personally and creatively," said actor Keanu Reeves. 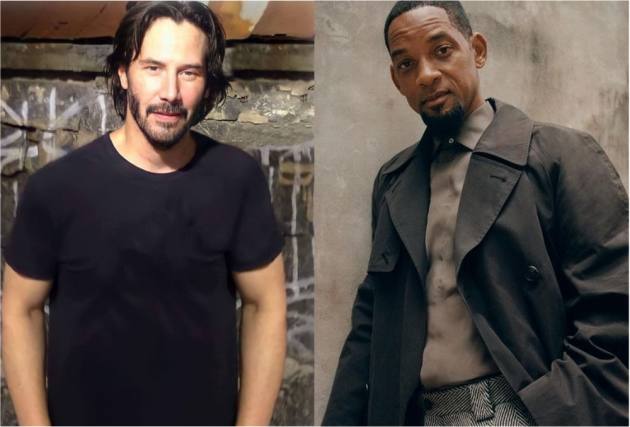 Keanu Reeves is thankful to Will Smith for not taking the role of Neo in 'The Matrix.' Reeves ended up featuring in the 1999 film by the Wachowskis, which is now regarded as one of the greatest science-fiction movies ever created. A third sequel titled 'The Matrix Resurrections' is set to release on December 22 after the original trilogy ended back in 2003.

The Canadian actor was well known before portraying Neo, having broken through in 'Bill & Ted's Excellent Adventure' and become an established action star in 'Point Break' and 'Speed,' but his performance in 'The Matrix' has arguably become one of the most significant parts of his career. However, Reeves wasn't the studio's initial decision to play "the One," as the Wachowskis first proposed the character to Will Smith. Unclear on the story, the movie star turned it down in favor of 'Wild Wild West,' which, by difference, didn't do very well upon release.

Now, in an interview with Esquire, Reeves thanks Smith for paving the way to his starring in 'The Matrix.' He considers the film to have been life-changing, both professionally and personally, and he speaks very confidently about the experience of making it. Given that he's about to star in 'The Matrix Resurrections,' he says, he's very thankful to have obtained the part. When asked how he feels about Will Smith turning down the lead in 'The Matrix' before it was offered to him the actor said, "Well, it changed my life. And, it was such a wonderful creative experience, and so to play Neo in The Matrix trilogy and now in the fourth... It impacted my life, personally and creatively. Thank you very much."

For his part, Smith has said he eventually doesn't regret the choice to turn down 'The Matrix,' as he thinks Reeves was a more suitable fit for the character than he would've been. The perceived tone of the film certainly would've been different with the alternate casting, given that Smith was coming off an action-comedy performance in 'Men in Black' that might've encouraged audiences to take Wachowski's visionless seriously.

Fans of 'The Matrix' and Reeves are certainly just as thankful that everything worked out as they did since it's difficult to picture anyone else in the role of Neo. Smith's career has unquestionably not suffered because of it, and he's currently receiving Oscar buzz for his performance in the sports biopic 'King Richard,' which could probably land him his third nomination and first win. Reeves, meanwhile, is balancing the two most iconic roles of his career by returning for the fourth installments of both 'The Matrix' and 'John Wick' franchises.