Khan Kingdom Under Siege, Aamir, Salman And Shah Rukh Must Reinvent To Hold The Fort

After 30 years, the kingdom of Aamir, Salman and Shah Rukh Khan under siege in Bollywood. 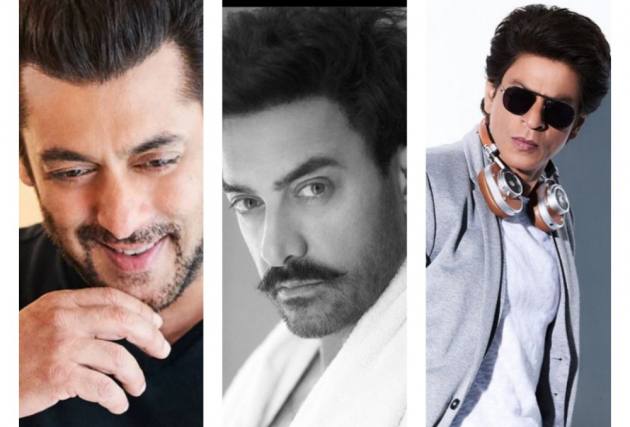 After ruling the Hindi film industry for about three decades, the kingdom of the formidable triumvirate of the Khans – Aamir, Salman and Shah Rukh appears to be facing an unprecedented threat. The rise of news stars, the prolonged shutdown of theatres, the advent of over-the-top (OTT) platforms and, above all, the remarkable predilection of the new-age audience for fresh content have thrown a big challenge to the indisputable kings of the box office.

The arrest of his son Aryan Khan in the Mumbai cruise drugs case recently turned out to be a personal blow to superstar Shah Rukh Khan not only as a father but also as a professional actor. Ever since his ambitious film, Zero (2018) bombed at the box office three years ago, Shah Rukh had been making meticulous plans to stage a grand comeback with a film that could prolong his three-decade reign in the film industry. He, therefore, began shooting for Yash Raj Films' Pathan and the next film of South India's well-known director Atlee once the Covid situation eased off. He had also reportedly given his nod for Rajkumar Hirani's next film. It was widely expected that after a long hiatus, Shah Rukh would come back with a bang with not one but three back-to-back movies and silence his critics who had been putting a big question mark on his future after the failure of his last few films. But everything came to a halt owing to the arrest of the son. If reports are to be believed, he might resume shooting his films in December.

Shah Rukh has a lot at stake in his upcoming ventures. Ever since Zero crashed at the ticket windows in December 2018, speculations have been rife in and outside the Hindi film industry that SRK has lost his Midas touch. Such conjectures, however, did not arise merely because of the failure of Zero. Actually, since Rohit Shetty's Chennai Express (20130, none of Shahrukh’s movies has turned out to be a blockbuster. Farah Khan's Happy New Year (2014) and Rahul Dholakia's Raees (2017) did not flop as such, but both the films did not do as well as expected either. Long considered to be the King of Bollywood and the God of Box Office, Shah Rukh apparently is facing a do-or-die situation now.

Similar is the case with Aamir Khan. Mr. Perfectionist fumbled badly with his last release when Yash Raj Films' big-budget Thugs of Hindostan (2018) disappointed the audience and the critics alike. After three years, Aamir is now busy completing his next, Lal Singh Chaddha. While Shah Rukh is busy with three underproduction films, Aamir still believes in doing one film at a time. The fate of his career, therefore, hinges on Lal Singh Chaddha, which will release in February next year. Apparently, taking a lesson from the unexpected failure of Thugs of Hindostan, he has decided to do the Hindi remake of the 1994 Hollywood hit, Forrest Gump starring actor Tom Hanks in the lead.

Salman Khan, the third superstar of the Khan triptych, has had a better box office record than both Aamir and Shah Rukh in the last decade, but he too is facing a new challenge to keep his magic intact. Earlier this year, Radhe: Your Most Wanted Bhai, released in a few theatres as well as on the over-the-top (OTT) platform but its underperformance came as a shocker. Salman's Race 3 (2018), Bharat (2019) and Dabangg 3 (2019) did not do well in the past three years. He is facing a litmus test in the Mahesh Manjrekar-directed Antim, which is set to release on November 26. Though his brother-in-law Aayush Sharma is playing the lead role, Salman has a strong, extended cameo in the film as well. Most of the cinema halls across the country including Mumbai were closed at the time of Radhe's release but now, they have all opened. It will be interesting to see if his fans turn up in large numbers at the theatres to see him back on the big screen.

Salman has also resumed work on the next sequel of his previous two superhit films, Kick (2014) and Tiger Zinda Hai (2017), but considering the average performance of Dabangg 3, it is difficult to predict the fate of his forthcoming projects. Will Salman now be able to ensure the kind of footfalls that he has been known for?

So, has the Khan trio lost its hold on Bollywood the way it did for three decades? Is the new generation of Hindi cinema audience not enamoured of them? In an industry where the fate of actors has been decided on the basis of the box-office performance of their previous films on Friday, does the future of the Khan trio depend on their next films as well? Be that as it may, it cannot be denied that at present, they are all facing a big challenge to save their kingdom like never before.

What is the reason behind all this? It is true that in the past three-four years, a new breed of audiences has emerged that aspires for fresh content and cares too little for the established star system. For them, the character is far more important than the actor. Besides, deep penetration of OTT platforms like Netflix, Amazon Prime Video into the Indian entertainment industry has fuelled the demand for content more than any superstar. Let alone the Khan trio, even films like Laxmi (2020) and Bhuj:The Pride of India (2021) featuring big stars such as Akshay Kumar and Ajay Devgn have fallen flat on the digital platform. In contrast, actors like Manoj Bajpayee, Pankaj Tripathi, Jaideep Ahlawat, Nawazuddin Siddiqui, Kay Kay Menon, Vikrant Massey and Divyendu have proved their mettle on the platform. All these actors were struggling to make their mark in the industry over the years, but they did not get the due they deserved in the past primarily because of the industry’s obsession with Rs 200-crore extravaganzas starring superstars like Khans. The 'democratic' OTT shook the foundation of the old star system in just one stroke.

The National Award-winning film critic Vinod Anupam believes that the era of superstars in Hindi cinema is over, and it will never come back. “The audience is now fed up with the stars. They focus on content, not any superstar,” he says. “The superstars, therefore, have to make films on an epic scale to lure the audiences back into the theaters,” he says.

Film trade analyst Atul Mohan agrees. “The era of films doing business of 300 crores after the corona period seems to be over for the time being. “A superstar can no longer draw audiences into the theatres on his own strength if the content of his film is poor,” he says.

Clearly, Bollywood has changed due to the change in the taste and preference of the audience and the Khan trio also needs to change themselves in keeping with the changing times. The magic or the charisma that helped them dominate for so many years does not appear to be enough now. The palpable apathy of the new generation audience towards their last few films bears ample testimony to it.

Nonetheless, it cannot be denied that they still have millions of fans around the world, and they can arrest their decline by doing good films. Their talent and star appeal are still intact, but at the age of 56, they cannot afford to be doing what they have been doing on screen all these years. Today, Shah Rukh cannot play Raj or Rahul in every film, and Salman will have to get over his image of Prem or Chulbul Pandey. Aamir will also have to avoid masala films like Thugs of Hindostan. Now, they have to reinvent themselves and play characters befitting their age and image; they will have to choose scripts that will offer them something new.

It is not as though they have not tried. Aamir proved with Dangal (2016) that the onscreen character is bigger than the actor playing it. Shah Rukh tried something new with Dear Zindagi (2016) and Zero, but he did not succeed. Salman also underlined in Bajrangi Bhaijaan (2015) and Sultan (2016) that he can get over his image of Dabangg (2010) and Ek Tha Tiger (2012) if he gets good scripts.

Today, Aamir, Salman and Shahrukh are at the point of their career where Amitabh Bachchan was in the nineties. Following a long hiatus after Khuda Gawah (1992), when Big B returned to the screen with films like Mrityudata (1997), Lal Baadshah (1999) and Kohram (1999), he was rejected by the audiences. By then, the Khan trio had emerged as the new superstars. Bachchan later changed his image with Mohabbatein (2000) and did not look back. At 80, he is still churning out excellent stuff. The Khan trio has to take a leaf out of his book, as it has no dearth of opportunities despite all the challenges they are facing. Of course, it all depends on what kind of films they choose in the future. As actor Boman Irani says, the success of big stars’ films gives the courage to make small and meaningful films, else the entire industry will collapse. According to him, it is important to make films of big stars to entertain the masses who love them and "if you deprive them of it, where will they go for entertainment?" Actor Vicky Kaushal also thinks that the star system will continue in the future and big stars have always dominated not only in Bollywood but also in Hollywood.

Obviously, the Khan trio will have to do something out-of-the-box in the coming times to retain their fort. It may seem difficult for them at the moment but it is certainly not impossible for them to hold the slide.