After a two-week run in about 200 theatres, 'The Dissident' will be available for rent on places like iTunes, Amazon and Roku. 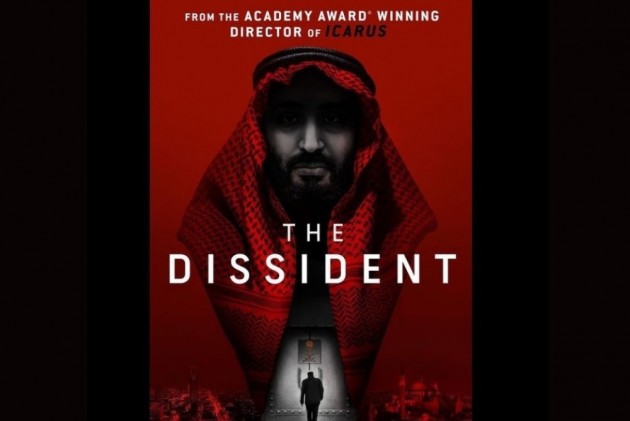 Even before “The Dissident” made its premiere at the Sundance Film Festival, director Bryan Fogel had a sense that his explosive Jamal Khashoggi documentary was going to be a tough sell.

The film was one of the most anticipated of last January's Sundance. Fogel's previous film, “Icarus,” about Russian doping in the Olympics, won the Academy Award for best documentary.

“The Dissident” features audio recordings of Khashoggi's murder, the participation of Khashoggi's fiance, Hatice Cengiz, and details on Saudi hacking efforts, including the infiltration of the cellphone of Amazon founder Jeff Bezos.

Two Years After The Khashoggi Murder, The Saudi Crown Prince Reveals His Schizophrenia

At the screening, Fogel implored media companies not to be scared off.

“In my dream of dreams, distributors will stand up to Saudi Arabia,” he said.

Riding in an SUV to the film's Sundance after-party, an upbeat Fogel said he was hopeful that Netflix, Amazon, HBO or others would step forward — anyone that could give the film a global platform for Khashoggi's story, which plays as a lethal, real-life geopolitical thriller in “The Dissident.”

But the rough road ahead for “The Dissident” had already been signalled. None of the streamers — many of whom bought up Sundance's top films — had asked for an advance look at “The Dissident” before the festival -- something that could be expected for such a high-profile documentary from a filmmaker coming off an Oscar win.

“Many of the major streamers were actually there that day. Not their heads of content. Their CEOs. I would have hoped that would have led to: 'We're going to get behind this film.' But it didn't,” said Fogel speaking by Zoom from Los Angeles last month.

“We didn't have an offer for USD 1 let alone USD 1 million — let alone the USD 12 million paid for 'Boys State', which is a wonderful film, but it's about 17-year-old boys playing mock politics in Texas.”

“The Dissident,” set in a ruthlessly real political realm, will finally debut on-demand Friday. It was eventually acquired last spring, in a deal announced in September, by Briarcliff Entertainment, the independent distributor founded by Tom Ortenberg, the veteran film executive who distributed “Spotlight” and “Snowden” as chief executive of Open Road Films.

After a two-week run in about 200 theatres (scaled down from 800 due to the pandemic), “The Dissident” will be available for rent on places like iTunes, Amazon and Roku.

But the cool reception from larger media companies to “The Dissident” — not because it wasn't good (it has a 97 per cent fresh Rotten Tomatoes rating from critics and a 99 per cent rating from audiences ) or important but because it openly challenges the Saudi regime's crackdown on free speech — raises questions about the future of political films on ever-larger and potentially increasingly risk-averse streaming services.

Netflix et al have played a vital role in exponentially growing audiences for documentaries. But in hunting globally for subscriber growth, media companies have sometimes capitulated to demands that border on censorship. In 2019, Netflix removed an episode of Hasan Minhaj's “Patriot Act” that condemned the cover-up of Khashoggi's murder after a Saudi complaint.