Kirron Kher On Her Ongoing Cancer Treatment: 'It's Something I Had To Accept'

The 69-year--old said she has been trying to work, alongside her treatment. 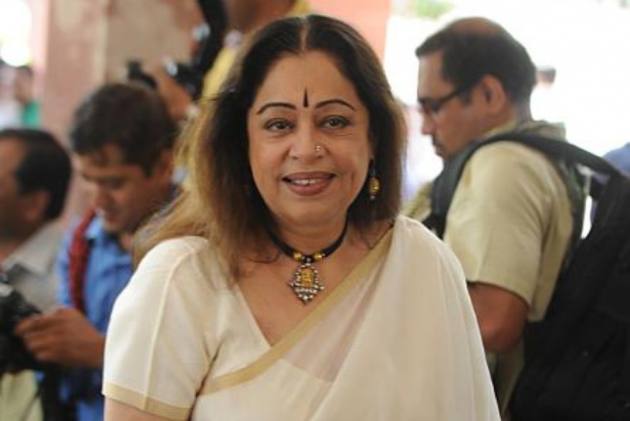 Actress-turned politician Kirron Kher, who has been undergoing treatment for cancer, for sometime now, recently opened up about her illness and said that while it was hard, she has “accepted” it.

In an interview with Hindustan Times, the 69-year-old said that, she has been trying to work while undergoing treatment, but it hasn’t been very easy, since she isn’t allowed to travel yet.

“I’ve been working even when I was in the hospital, going through treatment. I’ve been in touch with people on my phone all along. In fact, I recently inaugurated an oxygen plant in Chandigarh, virtually. But my doctor isn’t letting me travel anywhere, especially by air, since my immunity is slightly compromised due to the treatment,” she said.

Kirron Kher also spoke about going to the hospital once a month for maintenance therapy. “Some people get cured and some don’t. Even the doctors don’t know how and why it happened. Medical science doesn’t really have a concrete answer. I would much rather not have it. But it’s something I had to accept,” said Kirron.

“It’s not the ideal situation to be in. Par yeh zindagi hai (this is life). One learns to deal with them and carry on. There’s no way out except to treat it. Nobody likes going through the treatment or its side effects,” she added.

In an earlier interview, her husband, actor Anupam Kher had given a health update and said, “It is a very natural phenomena to support people near you, and that is what I have been doing. Aur baaki toh kuch nahi kar sakte hum (we can't do anything else). Doctors are doing their best job. We have got the best doctors around and I can only be positive and optimistic and believe in the brilliance of doctors and pray.”

He further added, “My brother is also a cancer survivor, [so there is hope]. Being optimistic and choosing to be happy always helps in every way.”