Actress Kirti Kulhari speaks up about her love for thriller stories and how a lot of blood and sweat has gone into crafting her upcoming OTT show, ‘Human’. 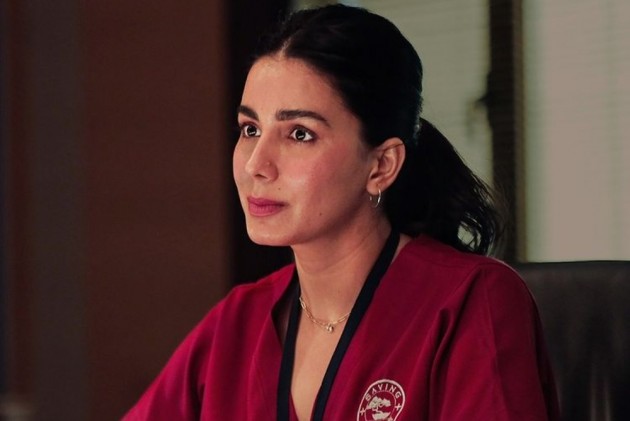 Actress Kirti Kulhari has been selecting scripts that seem to be quite different from most of her peers. Her upcoming Disney+ Hotstar show ‘Human’ has already raised the curiosity of people all over with its take on the doctors trying to be gods.

Talking about what prompted her to pick up the show, Kirti Kulhari says, “I am super excited to see the reactions ‘Human’ will receive. Thriller as a genre has always intrigued and has drawn me. So, getting to explore the role of Dr. Saira Sabarwal with a veteran like Shefali Shah in ‘Human’ has been an absolute honour.”

So did she get to spend a lot of time with the National Film Award winner, Shefali Shah? “We would spend hours going through the script trying to perfect the act much before the actual shoot. The script demanded a lot of silent acting and reacting where only our face and body language would be used to express. Pinning those complex scenes was hard but Vipul Amrutlal Shah and Mozez Singh’s direction helped us through. I really hope ‘Human’ receives a lot of love and appreciation because a lot of blood and sweat has gone into crafting it,” says Kirti Kulhari.

For the unversed, ‘Human’ revolves around a pharma giant which is using India’s lax clinical trial rules to fast track the development of a new drug, despite lethal side effects. Meanwhile, 35-year-old Dr. Saira Sabharwal (played by Kirti Kulhari) lands a dream job in Bhopal’s premiere hospital under the mentorship of the iconic 45-year-old Dr. Gauri Nath (played by Shefali Shah). Saira grows under Gauri’s tutelage and as the two women start to form a deep bond over their commitment to the medical cause. However, a shocking discovery throws their life into chaos as their story becomes intertwined with that of a young migrant worker, Mangu, who is just a 20-year-old. It’s set to wreak havoc on the entire medical system.