Kristen Stewart admires Hrithik Roshan and previously stated that she would want her child to resemble Roshan. 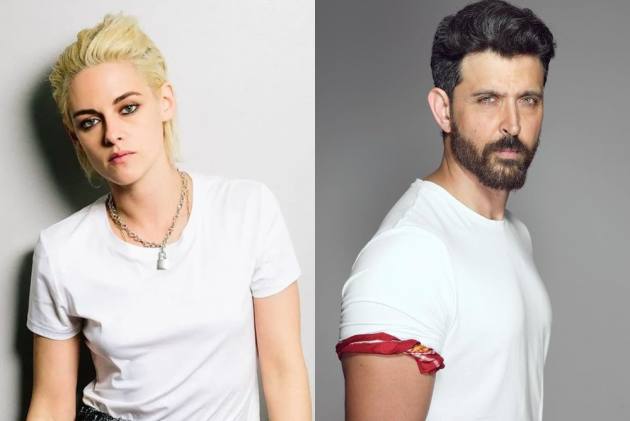 Bollywood Actor Hrithik Roshan has been named the world's sexiest Asian man several times. He has a tremendous fan base not only in India, but all around the world. During an interview, Hollywood actress Kristen Stewart acknowledged being a fan of the actor and expressed a wish to collaborate with the Bollywood star.

Birthday Boy Hrithik Roshan is renowned to attract everyone with his excellent looks. According to an India Today article, Kristen Stewart has also expressed her admiration for the actor. So much so that she even stated that if she ever has a baby boy, she wants him to resemble Hrithik Roshan. "If I have a (baby) boy, I want him to look like Hrithik Roshan, but with Rob's (her then-boyfriend, Robert Pattinson) eyes," Stewart remarked.

Hrithik Roshan's mood was lifted by the compliment. "It was a stressful day when I read this compliment, and it kind of brightened my mood and day, it was a very warm way to compliment someone. I felt a lot of warmth,” he said during an interview in 2013.

On the work front, the first look at Roshan's forthcoming film, 'Vikram Vedha,' was shown today, January 10. The film is an action thriller directed by Pushkar-Gayathri. R Madhavan, Vijay Sethupathi, Shraddha Srinath, Kathir, and Varalaxmi Sarathkumar had significant parts in the Tamil version.

The old folktale Baital Pachisi inspired the narrative of 'Vikram Vedha.' Vikram, a police officer, sets out on a quest to assassinate the mobster Vedha. He surrenders and tells the officer stories that shift his ideas of good and evil.