Kriti Sanon recalls the moment she and Sushant Singh Rajput sat down with Dinesh Vijan over a bottle of wine to discuss what went wrong with their film 'Raabta'. 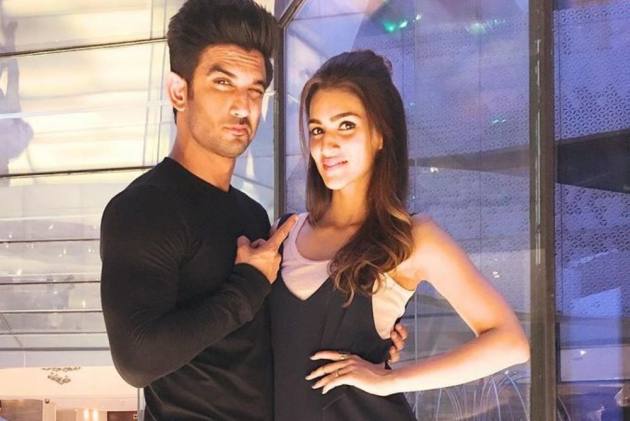 According to an Indian Express report, Sanon added that after receiving negative reviews and a lukewarm box office response, the three agreed to meet over a bottle of wine and discuss what went wrong. Sanon stated that she had warned Vijan and Rajput about the film's ineffective flashbacks during production, but they had glanced at her as if to say, 'Isko kuch nahi pata (What does she know)'.

The actor said, “You have to accept what has happened. You’re making films for the audience, you can’t say unko samajh nahi aayi (they didn’t understand). Agar unko samajh nahi aayi tumhari galti hai (It’s your fault if they didn’t understand). You can’t say, ‘We were ahead of our time’. No, you’re making films for that time, you have to connect to the audience. Where did you fail? You have to figure that out.”

She continued, “It was a funny night. We were all sulking, we were depressed, we’d gone through really bad reviews and we didn’t know what to say. Dino was just like, ‘Aajao yaar, mood kharab hai (Come over, guys, I’m in a bad mood)’. We went there and opened a bottle of wine. Dino said, ‘I think it’s the flashbacks, I should have made it simple. Why did we go tribal?’ Earlier, there was a draft that had a normal raaja-raani. It’s more relatable to people, right? But we felt like we wanted to go a little different… I was having a glass of wine, and I said, ‘I told you this!'”

Sanon stated that she learnt a lot from the film's 'failure,' as well as failures in general. 'Raabta's legacy will be forever linked to Rajput, who died in 2020. In the same interview, Sanon recounted how Rajput would write notes on his writings, and how she began doing the same after 'Raabta.'

The actor has a busy schedule ahead of her. Among other films, she will appear in 'Shehzada' with Kartik Aaryan, 'Bachchan Pandey' with Akshay Kumar, and 'Ganapath' with Tiger Shroff.