The film will be directed by Anurag Kashyap, and Nikhil Diwedi will be producing. 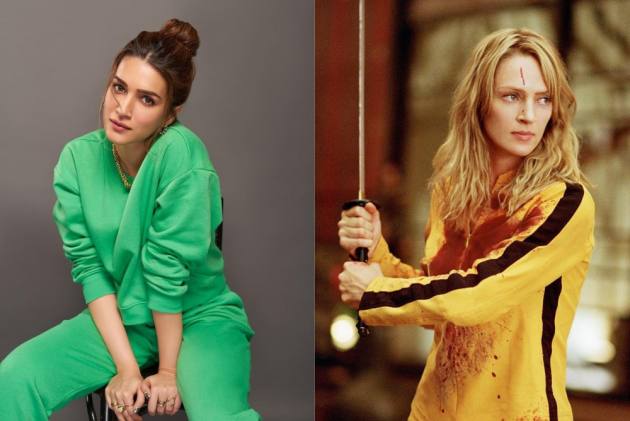 Yesterday, Nikhil Dwivedi and Anurag Kashyap announced on social media that the latter is working on a project with Kriti Sanon, which would be produced by Dwivedi.

Taking to his official Instagram handle, Nikhil Dwivedi wrote: “Marketing teams be damned!! None of us had any inkling that this announcement will be made the old-fashioned way at 4 am this morning with none of the stakeholders having any whiff of it Reposted from @anuragkashyap10 Yet another script .. another film .. @nikhildwivedi25 @kritisanon starting soon ..Nikhil.” On the other hand,

Anurag Kashyap shared the same pic, but captioned his post as: “Yet another script .. another film .. @nikhildwivedi25 @kritisanon starting soon ...”

Kriti Sanon also shared Kashyap's post on her Instagram story, with her caption reading: "Woohhooo! My Hattori Hanzo sword is on the way!! Let's do this!!."

Fans of 'Kill Bill' would know, Hattori Hanzo was a master swordsmith who had crafted his finest sword for Beatrix Kiddo aka The Bride to kill Bill. 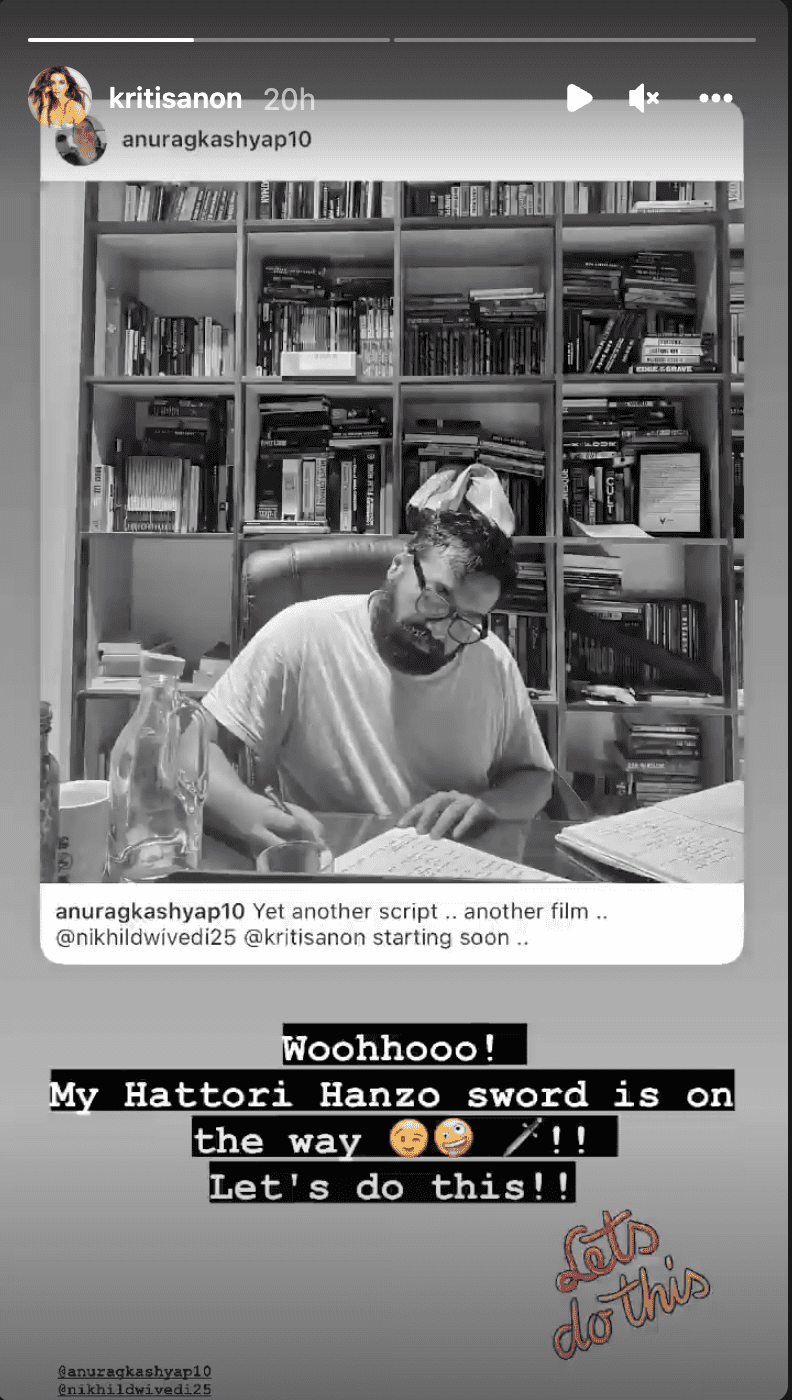 According to BollywoodLife, a source in the industry revealed that Nikhil Dwivedi and Anurag Kashyap's long-cherished plan of remaking legendary Director Quentin Tarantino's masterwork, 'Kill Bill,' is finally taking off, with Kriti Sanon expected to be cast as Uma Thurman as The Bride out for revenge at any cost.

Earlier, Nikhil Dwivedi discussed the direction of his 'Kill Bill' adaptation, saying, “It's more of a homage that I want to create. I won't say that I want to remake Kill Bill. But that's a work in progress for sure. It's been worked out. Anurag Kashyap is working on it, and hopefully, we should be into the first stage soon.”

Anurag Kashyap’s last directorial was 'Choked' on Netflix. He has wrapped up 'Dobaaraa,' a science-fiction film starring Taapsee Pannu.