Movie Review | Kumbalangi Nights Is Progressive, But Not Good Cinema

Kumbalangi Nights is being praised by a progressive establishment that hates Kabir Singh and has ready solutions to the world’s problems, but the artistry of the film loses out to its political ambition 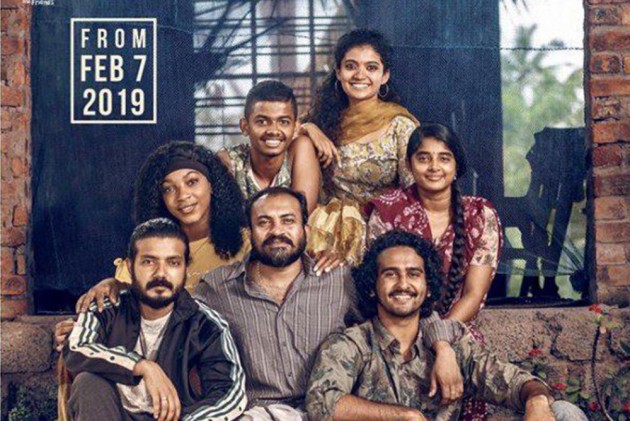 A Malayalam film released in February, Kumbalangi Nights has been fast gaining fame for its portrayal of men, an antithesis of Kabir Singh for the enlightened. But is it good cinema? Does the film honour the craft? Kumbalangi Nights is part of the Malayalam film phenomenon called New Generation Cinema, which has some binding features: one of them being its progressive ethos; another its simple misconception that art is realism, a tick that is rampant in Kumbalangi Nights.

In a good story things intuitively agree and give rise to a significant whole and therein lies its artistic worth. Fiction—as a certain good faith of art goes—is what is better than reality. But Kumbalangi Nights, for the most part, is only just real, with barely any of the invigorating spirit that makes stories interesting.

The film opens with one of the protagonists, Franky, playing football. He has impeccable technique; he moves the ball with his inside-foot like an experienced footballer. But that’s pretty much it about Franky the human being: he breathes and he is a talented footballer who has won a scholarship to study at a school of well-heeled; and through him, we are introduced to what the film is about—a ramshackle house and a dysfunctional family of four brothers he belongs to, in a fishing village in Kochi called Kumbalangi.

Like Franky, his brothers too are a bunch of terminal facts. One of them cannot speak but mysteriously, in a song sequence, falls in love with an African American tourist over their love of music. How? Did they exchange playlists or chits of sweet-nothings in English?

Another one, Bobby, is a loafer, going where the wind takes him; when he speaks he mumbles fragments of Malayalam (for realism) so we have to strain our ears. His life is changed by a woman whom he falls in love with (also) in a song sequence. When his love interest deepens and he wants to marry her, he seeks the reform of his family and especially the help of his elder brother, Saji, to make their match.

This part comes very nearly to the quick of life and therefore is the film’s most promising part—the tension between an ambitious Bobby who wants to build house pride and be worthy of his lover and Saji whose clinical depression has sapped all his energy to bring a wretched house within the bounds of Malayali respectability.

The brothers, we know, don’t even eat together. Once they tried and that ended in a drunken brawl. But Bobby has made some important beginnings; he has got a job going. The pained Saji, however, tries to reassure him. “What is wrong with this house...Do you want a room to yourself...Somehow our flowers do not smell good to others.” There is even a European toilet in the house for the African American woman to use. In another scene, he points to the washing machine. Sadly, the promise of Saji and Bobby is lost in the film’s political ambition despite some powerful acting.

Kumbalangi Nights becomes more interested in defeating a certain kind of man, the villain Shammi, enacted superbly by Fahad Fasil, one of the few saving graces of the film. In one scene, a clean-shaven Shammi is looking admiringly into a bathroom mirror. ‘Raymond, the complete man,’ he says.

It’s a simple yet brilliant piece of writing that shows what he is. Shammi is the pathologically hidebound Malayali male with a thick walrus moustache, cleanly combed hair, who rides a Royal Enfield and intimidates women and children. He is the brother-in-law of Bobby’s girlfriend and the most serious obstacle to his plans of marrying her. Shammi is also the stark opposite of Saji, the newfangled male patriarch who is sensitive and can cry.

Saji is a new man in Malayalam cinema, and Kumbalangi Nights is being praised by a progressive establishment that hates Kabir Singh and has some obvious solutions to the world’s problems: Women are not things to be groped in dark theatres; they can make choices, because they are people; men should cry; there is no shame in seeing a therapist. But what does good cinema have anything to do with these reformist sentiments? What does it have to do with making the world a better place?

The film does defeat the idea of Shammi but also shows up its ignorance of the four brothers, who compared to Shammi seem inferior creations. This is the biggest failure of Kumbalangi Nights, the disservice it does to its own political intent. In trying to defeat Shammi, it lets him win.

In this political drama about different kinds of men, Shammi attains the honour of being the most human, and although its enemy, endowed with most life. Kumbalangi Nights is a curious artistic achievement, a film that has a worthy enemy but no friends. It seems, without the blinkers of progressive sentiment, Shammi is the real hero of Kumbalangi, its most interesting human, its most complete human being.