Kunal Kapoor On Being Able To Relate To His Character in ‘The Empire’: As An Actor I Could Relate To Babur’s Self Doubt

Actor Kunal Kapoor, in an exclusive conversation with Outlook, talks about playing flawed characters, rise of OTT platforms and his upcoming role in the Disney+Hotstar series ‘The Empire’. 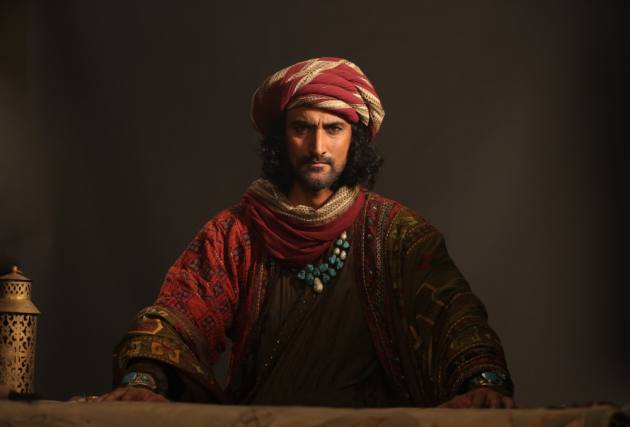 For more than a decade Kunal Kapoor’s approach has been to play those characters, which are “not perfect”. It wasn’t easy for the 43-year-old actor, who confesses he had to let go off many projects, only because he was “being offered the same type of character”.

But things have changed now, thanks to the emergence of OTT platforms. Kapoor who has been popular for his roles in films such as ‘Rang De Basanti’ and ‘Luv Shuv Tey Chicken Khurana’ feels that the emergence of platforms has led to “democratisation of content”.

“There are no market forces that govern a project’s popularity. It all boils down to how goot the story is, and good the actors are in that story,” he says.

Kapoor will soon be seen playing the role of Mughal empror Babur, in the Disney+Hotstar series ‘The Empire’, based on the book 'Empire of the Moghul' by Alex Rutherford.

“Incidentally I had read the book just two months before the show was offered to me. What I found really interesting about my character was that he is incredibly contradictory. He was a king, so powerful, both physically and mentally, yet he had these phases where he went through self doubt. I think that was really interesting for me,” he says.

Kapoor says he could relate to the character’s moment of self-doubt on a personal level. “As a public figure, who relies on validation from the audience, it can get very tricky. It leaves you, in a very vulnerable position as a human being and you don’t even know what’s going to happen next. That’s something I could relate to, and that made me understand him better,” he explains.

He is excited to see how audiences respond to the show, and although he isn’t bothered about the box-office numbers, he is “nervous” about the reaction. “You, still want people to enjoy it and you, want it to be something that’s really successful. Especially with a show like this, which is made on such a massive scale, and is something which has been made with so much of love and passion. So you’d want it to get attention,” he signs off.