Kusha Kapila: Anything That Exists Will Be Trolled

In an exclusive conversation with Outlook, Kusha Kapila talks about working on the show 'Myntra Fashion Superstar,' and, the highs and lows of being on social media. 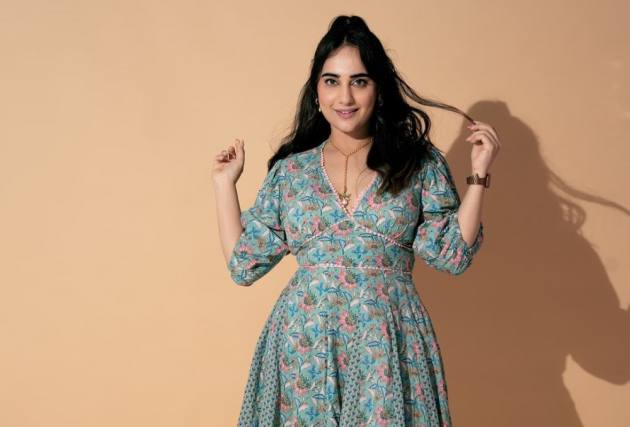 Kusha Kapila is widely known for her YouTube channel, the hilarious reels and videos she puts up on her profile on Instagram. Kapila enjoys a massive fan following, and her hilarious videos never fail to entertain the audience and fans. In an exclusive conversation with Outlook, Kusha Kapila talks about working on the show 'Myntra Fashion Superstar,' and, the highs and lows of being on social media

Tell us about your experience judging the 'Myntra Fashion Superstar.'
I feel like one of a kind, and this experience was something I needed in life because I have never been on a reality show where I get to be a mentor and give my opinions on the content that I watch. Very proud of this show because of the panel of judges we have, I think we were fair to each other, cordial, and very very respectful. We always had fun, and nobody was afraid to put across their opinion, nobody was afraid to disagree.

What advice do you have for budding content creators: who are looking to step into the social media game?
I would say that finding a style that is unique to you, making content that you want to see is extremely important. Don't pander to the audience too much, because I feel after a while the audience will just be used to you pandering to them. Make content that even you would enjoy watching and definitely make lots of content so that you know what works. Try different formats, and there is no bad time to start making content in fact every time is a good time to start making content.

How did you deal with rejection in the early days of your career?

I feel rejection for a lot of creators, is their videos not performing well, which basically is telling us that we need to change the format and start doing things differently. I would say rejection is equally important, else there would be a static graph where you wouldn't know what is working for you as a content creator. For example, if I try a certain character and it doesn't work then that character needs more depth or I need to retire that character. Earlier, we used to do 'South Delhi aunty' and 'South Delhi women' videos but with time I felt the relevance was lost, so you try new formats to see what is really working for you.

What are the new things that you are coming up with to stay relevant to the changing trends on social media?

I guess this question haunts most of the content creators. Lately, I have started putting these byte-sized reels, which address any random issue and are almost rant style. I pick topics that are always on the back of your head but no one talks about it. Like I did this rant about 'How massage is better than sex,' it was a random observation, but the reel did very well on social media. Even though these rants are performing well on social media, I am getting tired of them. It is a constant thought bubble that keeps increasing and decreasing depending on the phase I am in. Right now, I want to create short sketches on social issues, like before the pandemic, I used to make a lot of content on social issues. Sometimes I really step out of my shoes to look at what else I can do.

What are the challenges that you have to face as a social media influencer?

I allow myself enough breaks now because after reaching the two million milestone I want to put my creative energy into projects that really matter and create a legacy like 'Myntra Fashion Superstar,' it was like giving your contribution to budding talent and helping them grow. It was something I liked and allowed me to be myself.

Social media has its twisted side; in your opinion, what gives a rise to trolling, and is there a way to deal with it?

I feel existence leads to trolling; anything that exists will be trolled. It is a harsh truth but we have to accept it. We existed so our relatives trolled us throughout our pubescent years, and later, our love interests troll us. When you are on social media, people troll you. Everybody won't ever agree with you, and everything you do will not be in allowance with everyone else. Vicious trolling like unnecessary slut-shaming and death threats can be reported and one must, I encourage people to do that.