Lara Dutta: For Too Long We’ve Glorified The Perfect Woman On Screen

Actress and former Miss Universe, Lara Dutta speaks up about how OTT is changing things for women onscreen. She feels that the glorified perfect woman’s image needs to be broken to give rise to realistic and relatable women on screen. 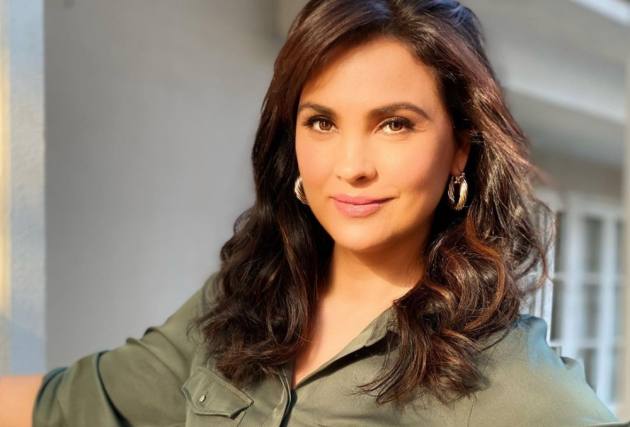 Former Miss Universe and actress, Lara Dutta has become one of the very few A-list actresses who have moved towards doing shows on OTT. After ‘Hundred’ became a massive success, she has recently come up with ‘Hiccups And Hookups’, which is Lionsgate Play’s first India originals. The show has received immense praise from all corners for being progressive and liberal in its depiction of the familial bonds between siblings and between parents and their children.

Talking about enjoying this new-age medium of OTT, Dutta says, “Yes, I am. I think I am very fortunate to be a female actor, at a time like this where you just have this world that has opened up with better writing for women, better characters to portray on screen. (Characters which are) more layered and deeper. They are not one dimensional. They are not just the goody-two-shoes or the long-suffering wives or the perfect mothers. There are women who are diabolical, there are women who have their own ambitions, and there are women who have their own faults. They are real women that other women can really relate to. I think for too long we have glorified the perfect woman on screen and we really need to break that down. We need women to understand who they are and what they are is more than enough. They are everything. So yes, I definitely think that OTT has given me the opportunity to play really diverse roles onscreen and I am honestly having the best time of my life.”

But is this medium paying actors their dues – probably the ones who were not getting enough work or enough attention from the mainstream? Dutta quips, “I think we used to be kind of limited to big-ticket earlier. We were limited to the big celluloid kind of films and were therefore limited to a particular number of actors actively working. With the advent of OTT, we have had an explosion of some of the most incredible talents that were going completely unnoticed and under-appreciated for the longest time ever. So, you have these incredible actors like Pankaj Tripathi, Mohit Ahlawat and Nawazuddin Siddique doing an extremely good job on OTT. I hope that this will really allow many more actors to come to the forefront.”

This boom in the OTT sphere is indeed something that has caught up amidst the pandemic times. Dutta herself has shot amidst the pandemic for ‘Bell Bottom’ and even ‘Hiccups And Hookups’. “It was difficult (to shoot in the new normal). I shot pretty much right through the entire pandemic and I am very grateful for that because it helped me take my mind off things and I just kept busy and focused and I am also very grateful to have stayed safe throughout the Covid scene but it has been an extremely challenging environment. I don’t think it was something that we had ever expected or thought that we would have to witness. So, yes, of course, keeping yourself safe, keeping your crew and your cast safe becomes an extreme priority. Coming back home, keeping your family safe is stressful but I think the industry adapted incredibly well. Things were put into place very rapidly to ensure that the industry continued functioning properly. Everybody played their part and followed the norms. I think that is how the industry was able to continue functioning,” says Dutta.

On the personal front, being a mother of a 9-year-old daughter, does Dutta go back and revisit her old work with her? “Yes, I do. It took my daughter a while. She was about 4-years-old when she finally understood what her mom does. It was like a bulb going off. So, yes we do watch films. She has a few that are her favourite. She loves ‘Partner’ and ‘Housefull’ and ‘Billu Barber’. Now if I have to watch them, I watch them with her,” concludes Dutta.