‘Lara Dutta Is One Of The Hardest Working Professionals I Have Worked With,’ Says Ashutosh Shah

Film director Ashutosh Shah talks about working with actress Lara Dutta and reveals how he feels she is someone who puts in her cent per cent to every shot. 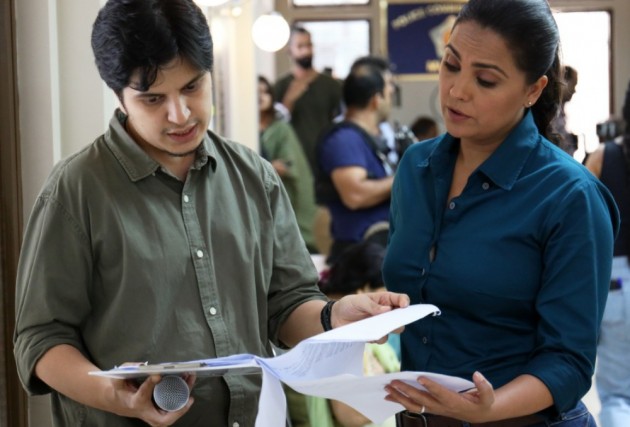 Former Miss Universe turned actress Lara Dutta, who is well known for her comic timing, made a successful foray into the digital space with the web series 'Hundred'. The director of the series, Ashutosh Shah, shared the experience of working with the talented actress for the first time and how the presence of the ‘Bell Bottom’ actress made the project special.

Talking about his experience of working with the actress, Shah shares, “In the show, Lara played this tough cop who had a very serious demeanour. On the sets though, she was very chilled out. We directed her in some of the toughest sequences of the show. She is one of the hardest working professionals I have worked with. We shot these really heavy action sequences in 100-year-old mills in Mumbai. Then, there was a flash mob sequence that had 500 dancers dressed as police officers and was shot inside a railway station. It was shot in just 1 take and with more than 8 cameras. Lara had completely different energy altogether. She has this raw and organic talent which makes her stand out.”

Shah, who started out as an assistant to leading filmmakers like Sudhir Mishra and Karan Malhotra a couple of years back, has several prestigious projects to his credit as a director but ‘Hundred’, he says, will always be a special project for him.