In an interview, producer Ronnie Lahiri revealed that Babil Khan would have made his acting debut in ‘Sardar Udham’. 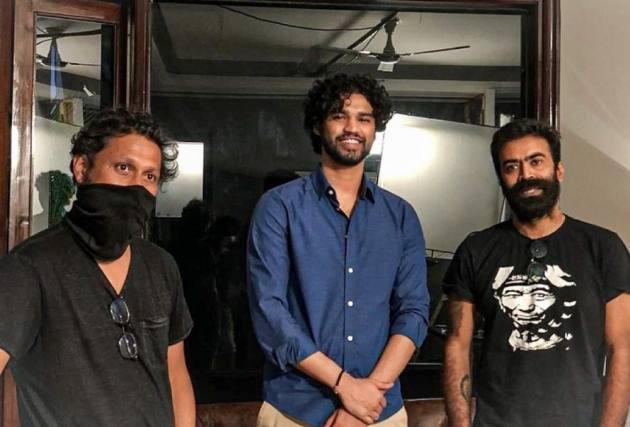 Filmmaker Ronnie Lahiri has revealed that he wanted late actor Irrfan’s son, Babil Khan, to play the younger version of Vicky Kaushal’s titular character in the upcoming film ‘Sardar Udham’, at a time when Irrfan was being considered for the role, which later went to Kaushal.

“I saw Babil when he was in school. Irrfan wanted us to meet because there was a point where for this film ('Sardar Udham'), he was supposed to play a younger version for Irrfan sir,” Lahiri said.

Irrfan was being originally considered to play the role of Uddham Singh. However his chronic illness, which ultimately led to his demise, meant that Sircar couldn’t work with the actor again. Interestingly, earlier this year Sircar and Lahiri, had announced a film starring Babil Khan.

“So, there is something called destiny. That's how we met him when he was a shy school kid and then we met him, he is a grown-up and a sweet boy,” Lahiri added.

In an interview earlier, Sircar had said that working with Babil has given him a sense of relief.

He said, "It was quite a moment. And finally, a weight... bhoj utar gaya (seems to have lifted). We felt quite relieved that it happened. And when I was talking to Irrfan before he went away… he was not worried (as such) about Babil. Babil is the one who was doing many things, he had many ideas in his mind. He was studying filmmaking in London at a university.”

“He was generally very silent but he was quite mad in terms of his ideas. So, as a father he was naturally a little worried also so it gave me quite of peace that I have done something with Babil,” Sircar added.

Babil will be making his acting debut via OTT platform in Anvita Dutt’s ‘Qala’ opposite Tripti Dimri.