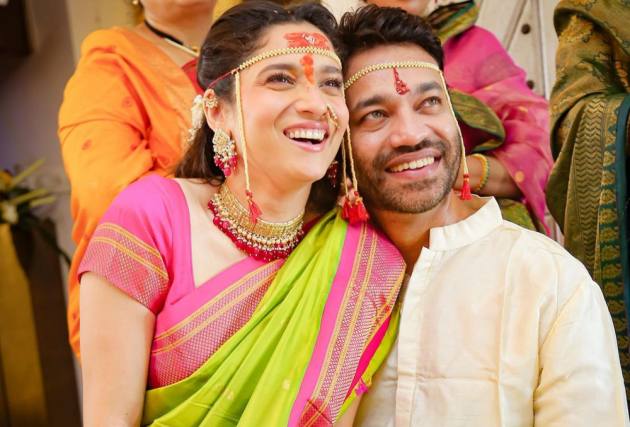 Lokhande of 'Pavitra Rishta' married her longtime beau Jain in Mumbai on December 14. Actress Kangana Ranaut was also present for the wedding, which was attended by the couple's close family and friends from the industry.

Lokhande shared heartfelt photos from her wedding to Jain, and her fans are gushing over them. Her post was quickly filled with congratulatory responses from fans and industry friends. But it was a heartwarming wish from late Sushant Singh Rajput's sister Shweta Singh Kirti that captured everyone's attention.

Lokhande penned down a heartwarming note in the caption, “Love is patient but we’re not. Surprise! We’re now officially Mr & Mrs Jain!." She wished the newlyweds "Congratulations and blessings to the newly wed. Shweta."

Lokhande was in a relationship with late actor Rajput for about 6 years before calling it quits in 2016. Rajput was found dead in his Mumbai apartment on June 14, 2020. Despite this, Lokhande maintains a strong link with the actor's family, as evidenced by Kirti's message. In 'Pavitra Rishta', Lokhande and Rajput played each other's love interests.

For the past three years, Lokhande and Jain have been dating. The wedding ceremony for the pair took place at Mumbai's Grand Hyatt Hotel. A mehendi ceremony kicked off the wedding festivities, which were followed by an engagement and the sangeet night.

Lokhande’s mother-in-law and sister-in-law are seen dancing to Shubhaarambh in another video that has gone viral. Rajput's debut Bollywood film, Kai Po Che, features the song.

A post shared by Fab Occasions ™ (The Fab App) (@thefabapp)