Actor Irrfan Khan, who was diagnosed with a neuroendocrine tumour in 2018, died on Wednesday. He was 53. 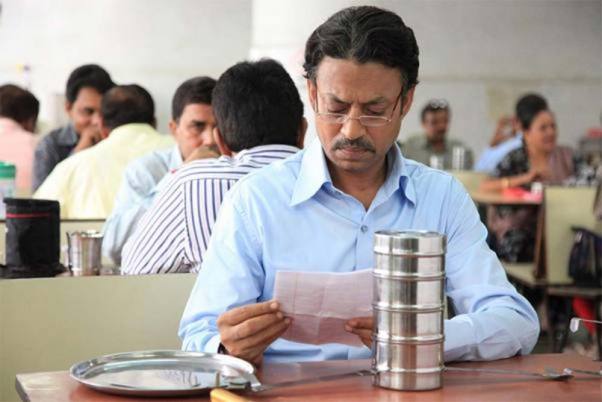 People across the country paid tributes to actor Irrfan Khan who passed away on Wednesday.

Khan was admitted to ICU at the Kokilaben hospital in Mumbai on Tuesday evening following colon infection. He was 53. The actor was diagnosed with a neuroendocrine tumour in 2018, and since then, the actor had been in and out of the country for his treatment.

Following the death of the renowned actor, PM Narendra Modi expressed his condolences on Twitter. He said, "Irrfan Khan’s demise is a loss to the world of cinema and theatre. He will be remembered for his versatile performances across different mediums."

Irrfan Khan’s demise is a loss to the world of cinema and theatre. He will be remembered for his versatile performances across different mediums. My thoughts are with his family, friends and admirers. May his soul rest in peace.

As Bollywood celebrities mourned his untimely death, superstar Amitabh Bachchan tweeted, “just getting news of the passing of Irfaan Khan .. this is a most disturbing and sad news... An incredible talent .. a gracious colleague .. a prolific contributor to the World of Cinema .. left us too soon .. creating a huge vacuum .. Prayers and duas."

T 3516 - .. just getting news of the passing of Irfaan Khan .. this is a most disturbing and sad news .. ðÂÂÂÂÂÂÂÂÂÂÂÂÂÂÂÂÂÂ
An incredible talent .. a gracious colleague .. a prolific contributor to the World of Cinema .. left us too soon .. creating a huge vacuum ..
Prayers and duas ðÂÂÂÂÂÂÂÂÂÂÂÂÂÂÂÂÂÂ

Veteran star Kamal Haasan described Khan as "one of the finest actors." At 54, it was "too soon to leave" for him, Haasan said in a tweet.

Too soon to leave @irrfank Ji. Your work always left me in awe. You’re one of the finest actors I know, I wish you stayed longer. You deserved more time. Strength to the family at this time.

Actor Taapsee Pannu said, "I will refuse to believe you are no more by watching all your work time and again."

When we thought nothing could make us feel worse,this happened. I think I will refuse to believe you are no more by watching all your work time n again n again n again. I have known you that way n shall continue to know you that way for ever. You ARE the best we have #IrrfanKhan

Paresh Rawal proclaimed there would not be another like Irrfan.

IRRFAN KHAN. There shall never be one like you . RIP.

Khan was also an actor of international fame. Colin Trevorrow, director of Jurassic World in which Khan acted, expressed his sadness at the actor's demise and said he was "a thoughtful man who found beauty in the world around him."

Deeply sad to have lost #IrrfanKhan. A thoughtful man who found beauty in the world around him, even in pain. In our last correspondence, he asked me to remember “the wonderful aspects of our existence” in the darkest of days. Here he is, laughing. pic.twitter.com/8eAsSOO9Ie

Condoling his death, Information and Broadcasting Minister Prakash Javadekar tweeted, "Irfan Khan was a versatile actor. Sorry to hear about his demise. My heartfelt condolences to his family, friends and fans. Om Shanti."

Delhi Chief Minister Arvind Kejiwal said Khan was "one of the most exceptional actors of our time".

Shocked to hear of the demise of Irrfan Khan, one of the most exceptional actors of our time. May his work always be remembered and his soul rest in peace

"I'm sorry to hear about the passing of Irrfan Khan. A versatile & talented actor, he was a popular Indian brand ambassador on the global film & TV stage. He will be greatly missed. My condolences to his family, friends & fans at this time of grief," Congress leader Rahul Gandhi wrote on Twitter.

The news of his death was first confirmed by his "Piku" director Shoojit Sircar who sent his condolences to the family and doffed his hat to the actor’s fighting spirit.

"My dear friend Irfaan. You fought and fought and fought. I will always be proud of you.. we shall meet again.. condolences to Sutapa and Babil.. you too fought, Sutapa you gave everything possible in this fight. Peace and Om shanti. Irfaan Khan salute," the director said on Twitter.