He is known as among those who freed their works from the influences of Rabindranath Tagore and Jibanananda Das and was socially and politically conscious poet till his final days. 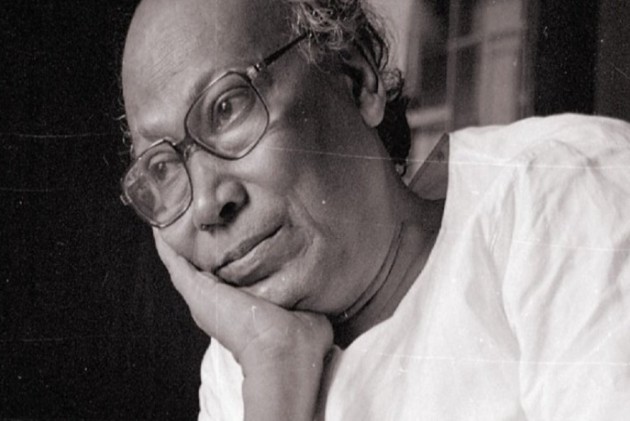 Shankha Ghosh, one of the last literary stalwarts who rose to prominence in the 1950s, died of Covid-19 on Wednesday at the age of 89. He was one of the most important names of the post-Rabindranath Tagore and Jibanananda Das era of Bengali poetry.

He was a recipient of the Jnanapith and Sahitya Akademy awards.

Ghosh tested positive for the virus infection on April 14 and had been under treatment at home since then. According to people close to his family, the poet did not want to get admitted in a hospital.

His conditions deteriorated from Tuesday night.

Ghosh had been suffering from various age-related ailments over past several months. He had been hospitalised in January for several days.

After the news broke, chief minister Mamata Banerjee said she had instructed the administration to ensure he is created with full state honours.

"We will not be offering gun salutes because he would not have liked it," Mamata said.

In 2019, he wrote another poem criticising the Citizenship Amend Act (CAA) and the proposed citizenship screening drive in the style of the National Register of Citizens (NRC) in Assam.

In 2020, he was one of the signatories in an open letter urging people to protect Visva Bharati university in Santiniketan from turning into a “field for political wrestling”.

He had taught at Visva Bharati and Delhi University. In 1967-68, he had attended the noted Writer's Workshop in Iowa, the US.

Besides publishing more than two dozen volumes of poetry, he is also acclaimed as a literary critic.

He is known as among those who changed the language of Bengali poetry in the immediate post-Independence era, having freed their works from the influences of Rabindranath Tagore and  Jibanananda Das, the two literary giants who otherwise had an overwhelming influence on Bengali literature.