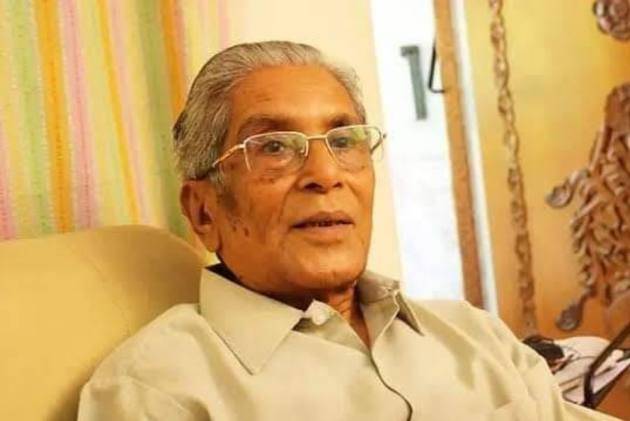 KS Sethumadhavan, a national award-winning filmmaker, has died. He was 90 years old. He died on the morning of Friday, December 24th, at his home in Chennai. The director has been ill for some time owing to age-related problems, according to reports.

Born in the northern Kerala region of Palakkad in 1931, he entered into tinsel town as an assistant director to K Ramnath. He directed his debut Malayalam film, 'Jnana Sundari,' in 1960, after establishing himself as an independent director with the Sinhalese film 'Veeravijaya.'

KS Sethumadhavan was the one who first presented Ulaganayagan Kamal Haasan to Malayalam audiences as a kid actor in the film 'Kannum Karalum,' and then in the starring role in 'Kanyakumari.'

KS Sethumadhvaan, who started his career in the 1960s, has directed a number of classic and ground-breaking Malayalam films. He was also noted for using his films to create powerful female characters.

Over the course of his three-decade career, he has directed films such as 'Odayil Ninnu,' 'Anubhavangal Palichakal,' 'Oppol,' 'Aranazhikaneeram,' 'Achanum Bappayum,' and 'Panitheeratha Veedu,' among others. He has directed nearly 60 films in Tamil, Telugu, Hindi, and Malayalam, among other languages. KS Sethumadhavan has received ten national awards and many Kerala state cinema awards, as well as the coveted J C Daniel Award, the Kerala government's highest honour in the film industry, in 2009. His most recent film was 'Venalkinavukal,' which was based on a script by Jnanpith laureate M T Vasudevan Nair and released in 1991.

Meanwhile, his wife Valsala and three children, Santosh, Uma, and Sonukumar, survive him.