'Let Them React How They Want To': Alia's Reply To Rangoli Chandel's Tweet Mocking Her For Congratulating Kangana

Alia Bhatt recently congratulated Kangana Ranaut after the announcement of the latter being conferred Padma Shri, to which Rangoli replied,'Look, Alia has also sent flowers. I don’t know about Kangana but I am really enjoying it.' 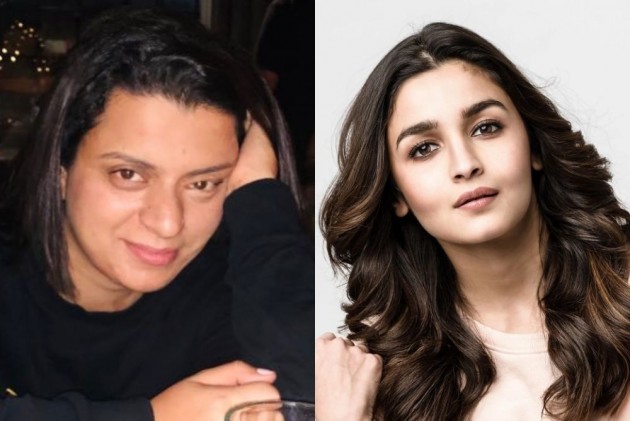 Alia Bhatt congratulated Kangana Ranaut after it was announced that the "Manikarnika" actress will be the recipient of the Padma Shri awards for her contribution to the field of performing arts.

Alia then replied to Rangoli's tweet, in which she said that she really did not care about how people react to it, however, she is happy for Kangana being conferred the award.

Taking a jibe at Chandel, she told Bollywood Hungama, "Let them react the way they want to. I am happy for Kangana."

Prior to this, Alia has been often been a soft target of mockery for Ranaut and sister. This is not the first time when Chandel has made fun of the actress.

Bhatt was once called filmmaker Karan Johar's puppet by Ranaut, adding to which the latter advised her to have her own individual identity.

Kangana Ranaut recently received Padma Shri alongside Ekta Kapoor, Karan Johar, and Adnan Sami for their contribution to the field of performing arts.