Chris Hemsworth couldn't help himself from mocking his younger brother Liam Hemsworth. The actor shared a couple of photos with his brother and wrote a hilarious caption with them. 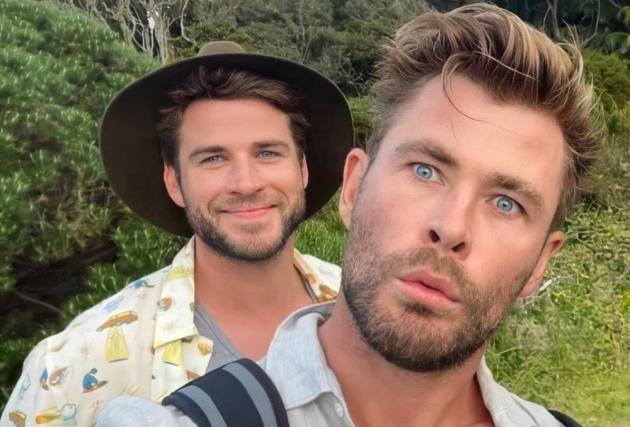 "Was great to meet you Leon," Chris Hemsworth teased, "good luck in the future."

Needless to say, fans got a kick out of his post. "Well you and this Leon really look alike," one follower quipped in the comments section. "I am afraid you might be brothers." Added another, "Ahhh the genes of this family…"

Chris Hemsworth, 38, and Liam Hemsworth, 31, have an older brother, Luke Hemsworth, 41, who is also an actor. Whether they're teasing each other on social media or having a nice time on their surfboards in the sun, this group knows how to have a good time.

However, both brothers tried out for 'Thor'. Recalling this experience Chris Hemsworth said, "Months went by and then my brother, my little brother, Liam, was in Australia and sent a tape across and he got a callback, then another callback and then was down to the last kind of four or five people for it," he said. "I remember sitting in Vancouver, shooting Cabin in the Woods with Drew Goddard and Joss Whedon. Both of them were looking at the trades at this sort of top five guys for Thor and saying, ‘Why aren't you in the mix here? What happened?' I said, ‘I don't know. I blew my audition I guess.' None of those guys got it. My manager then called up and said, ‘You know, [Liam's] got an older brother. Can we bring him back in?'"

Chris Hemsworth got to try again and got the part. "So I did an audition in Vancouver in this hotel room with my mum reading Anthony Hopkins' part," he continued. "She must have nailed it because it got me back in the room and that second audition was a lot different than my first one. I came in kind of with a little, I guess, motivation and maybe frustration that my little brother had gotten further than me. It's a little family, sibling rivalry sort of kicked up in me. Then it moved pretty quick from there. It was cool."

During a 2019 interview with GQ Australia, Liam Hemsworth said he "never really wanted" the role. "I always felt I was too young for it–I was screen testing when I was 18," he told the magazine. "The other guys in it were all late twenties or early thirties. I didn't feel Thor-ish."

And he called Chris Hemsworth his real-life "hero."

"I look up to him," Liam Hemsworth continued. "He's honestly my last call, when I find myself in a position where I'm 50-50 about a script, then I call Chris. And his opinion, I trust more than anyone in my team."