The Tamil actor enjoys a strong following on the micro- blogging site but is not following anyone. 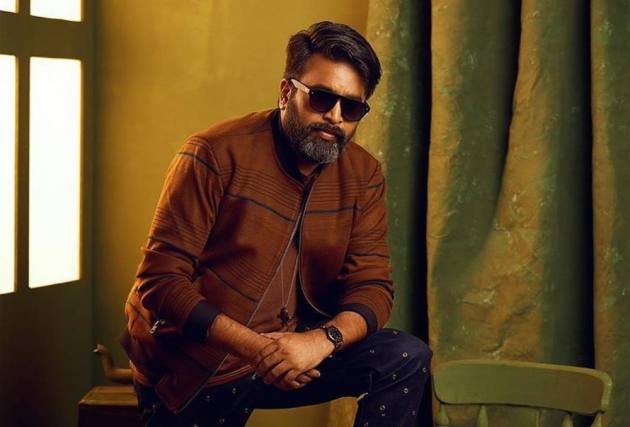 Actor M Sasikumar, who will soon be seen in Tamil family drama 'Udanpirappe', is quite active on social media. His followers get updates regarding his projects everyday. However, despite having over One lakh followers, he doesn't follow anyone. The actor reveals his reasons behind it.

In an interview, he tells us in, "I don't think about these things at all, so there is no  particular reason behind it. Actually, I have a lot of friends and I will have to follow everyone so, it's better that I don't follow anyone at all."

The actor's film 'Udanpirappe' will release digitally on Amazon Prime Original on October 14. Comparing OTT platforms and theatres, the actor is of the opinion that technology always brings a change and it is important to accept it.

"We have to accept both. When new technology comes, many things change. This (OTT platforms) won't disturb theatres and vice versa. We can be experimental with our movies in the digital world. Now, we are all watching regional movies. Otherwise, we only watched Hindi and Telugu but now we can watch web series and movies in Bengali, Punjabi and other languages," says the actor, who rose to popularity with his 2008 Tamil debut 'Subramaniapuram'.

Sasikumar, eventually became a familiar face after featuring in Tamil films such as 'Naadodigal','Petta', and 'Kutti Puli' among several others. Going forward, the actor is excited to bring 'Udanpirappe' to the audience, which will be a Dussehra release.

While generally theatre show great profits if a film releases during festivals, Sasikumar is hopeful that people will show same love to his digital release.

"I am expecting that it will be liked by the audience. Suriya sir is the producer and Amazon Prime is releasing it. We have confidence that it will reach many people. When a film releases in a theatre, families come to watch the film but this time, with my movie, I am going to the audience to their homes with my 'Udanpirappe' family. So, we are confident and also hopeful that people will like it," says the actor.

After this, Sasikumar will next be seen in 'Pagaivanuku Arulvai', which is inspired by Shakespeare's 'Macbeth'. The actor has also been roped in for a film, which will have acclaimed filmmaker Vetrimaaran as the writer. However, that film is still in pre-production stage.