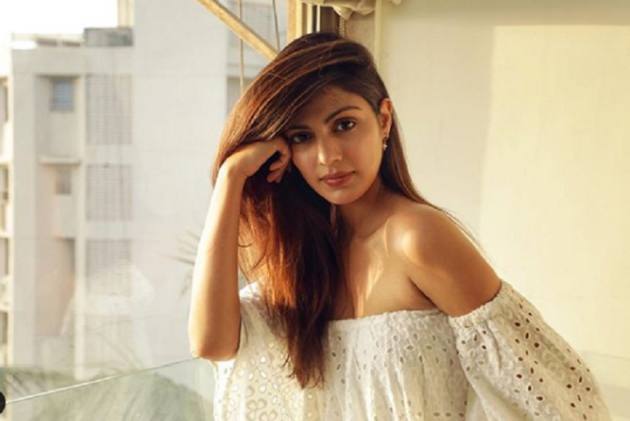 On Women’s Day, Rhea Chakraborty simply held on to her mother’s hand.

Six months since the death of her boyfriend, actor Sushant Singh Rajput, and on International Women’s day, Rhea broke her silence on social media by posting an image where she is seen holding her mother Sandhya Chakraborty’s hand.

The actress was arrested by the Narcotics Control Bureau (NCB) in the midst of an ongoing investigation into Sushant Singh Rajput’s death with whom she had a live-in relationship.

Person Of The Year 2020: Rhea Chakraborty

She put out a message, her first post since August 2020, on International Women’s Day saying, “Happy Women’s Day to us... Maa and me…together forever ... my strength, my faith, my fortitude - my Maa #love #faith #fortitude #strength #mother #womenwhoinspire #womenempowerment.”

Altogether 33 people have been mentioned in the chargesheet which includes Rhea and her brother Showik Chakrabarty. Sushant's former manager, Samuel Miranda, and household help Dipesh Sawant have also been named.

Rhea’s lawyer Satish Maneshinde, said a few days back that the entire NCB was engaged in unearthing a drug racket in Bollywood but there is hardly any evidence against his clients.

Maneshinde had also questioned, “The entire NCB from top to bottom was engaged in unearthing a drug angle in Bollywood. There’s hardly any material against any known face who were paraded during the investigations, I wonder why?”

He explained that either the allegations were false or only God knows the truth. Maneshinde said, “The chargesheet is a damp squib standing on the foundation of inadmissible evidence and statements recorded under section 67 of the NDPS Act. If Rhea Chakraborty has not been charged, this case has no substance. The high court has found no prima facie material while granting bail for allegedly ‘financing the drugs trade’. We will have the last laugh.”