Narottam Mishra demanded an apology from Leone and threatened to take legal action against her and composer Saqib Toshi if the video was not taken down from YouTube within three days. 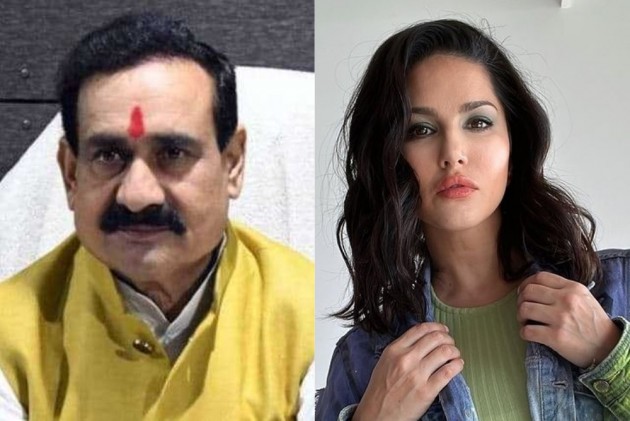 Mishra, the Home Minister of Madhya Pradesh, has slammed a new music video starring Sunny Leone, threatening to take legal action against the actress and the song's creators if they do not remove it from social media sites.

Mishra demanded an apology from Leone and threatened to take legal action against her and composer Saqib Toshi if the video was not taken down from YouTube within three days. He also said an FIR will be registered against Leone.

According to a report by the Indian Express, he said, “Some people who continuously hurt Hindu sentiments. There are temples for Radha in India, we pray for her. Saqib Toshi can make songs concerning his religion, but such songs offend us. I will take legal advice and action will be taken against them (Toshi and Leone) if the video is not taken down in three days.”

Saregama Music on Wednesday released the music video for the number 'Madhuban mein Radhika naache,' sung by Kanika Kapoor and Arindam Chakraborty. As the song is on the subject of love between Lord Krishna and his consort Radha, some viewers, too, have slammed it for “hurting Hindu sentiments” due to the “sensual” dance moves shown in it. The song had originally been sung by Mohammed Rafi for the 1960 film Kohinoor.

On Wednesday, Saregama Music released the music video for Kanika Kapoor and Arindam Chakraborty's song 'Madhuban mein Radhika naache.' As the song is on the subject of love between Lord Krishna and his consort Radha, some viewers have accused it of "hurting Hindu sentiments" because of the "sensual" dancing routines depicted in it. Mohammed Rafi had initially performed the song for the 1960 film 'Kohinoor.'

Mathura-based priests have also urged that the video be banned, accusing the Bollywood actress of infringing on their sacred sensibilities by dancing in an "obscene" manner to the classic song.

"If the government does not act against the actress and ban her video album, we will go to court," Sant Naval Giri Maharaj of Vrindaban warned. She should not be permitted to stay in India unless she removes the scene and apologises publicly, he added.

Leone's dancing video has also enraged Mahesh Pathak, national head of the Akhil Bhartiya Tirth Purohit Mahasabha, who claims she has "maligned the prestige of Brijbhumi" by presenting the song in a "derogatory manner."