Mahalaya 2021: All You Need To Know About The Hindu Festival

According to Hindu mythology, Maa Durga was created on this day by Brahma, Vishnu and Maheshwar to successfully vanquish the demon king Mahishasura. 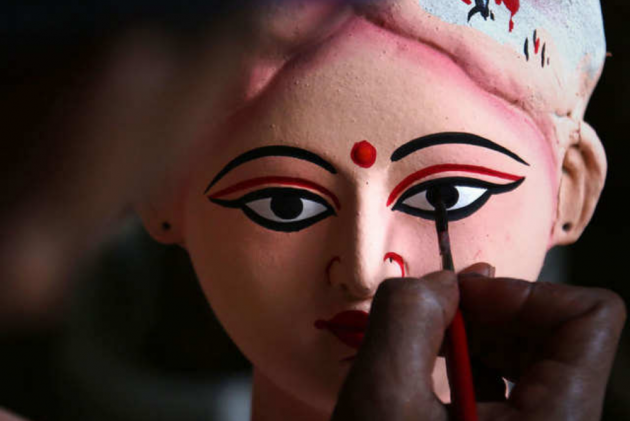 Mahalaya Amavasya, also known as ‘Sarva Pitru Amavasya’ is an auspicious day for Bengalis, which is being observed today, 6th October. As per the Hindu calendar, the celebrations of Mahalaya begin a week before the Durga Pooja celebrations and fall on the last day of ‘Pitru Paksha’.

According to Hindu mythology, Maa Durga was created on this day by Brahma, Vishnu and Maheshwar to successfully vanquish the demon king Mahishasura. King Mahishasura was blessed with immortality i.e., no god or human could kill him. Attaining the benediction, Mahishasura attacked the Devtas, jeopardizing the Devlok. Stranded by the defeat, the Devas along with Lord Vishnu, prayed to Adi Shakti to safeguard the Devas from the clutches of the demon king. Hindus believe that a divine light transpired from the bodies of the Devas and took the form of Maa Durga.

The battle between Goddess Durga and Mahishasura continued for nine days and on the tenth day, Mahishasura’a life came to an end, declaring the victory of the goddess.

Marking the triumph of the goddess, the devotees celebrate the festival for ten days with great pomp and fervour. The devotees believe that the goddess arrives on earth from Kailash Parvat on this day.

To pay reverence to the venerable, an auspicious pooja is performed. The devotees wake up early morning to worship the goddess and sing ‘Chandipath’, listen to ‘Mahishasura Mardini’ or religious mantras. The sculptors make Goddess’s eyes and fill colours in them. Several people mark this day to remember their ancestors. On the morning of Mahalaya Amavasya, devotees first bid farewell to their ancestors and in the evening Durga Pooja steps on Earth to bless the devotees.

This festival is celebrated in West Bengal, Odisha, Karnataka and Tripura with great zeal and devotion.