Maheep Kapoor is a jewellery designer who is married to actor Sanjay Kapoor. Sohail Khan is married to Seema Khan, a fashion designer. The duo appeared in Netflix's 'The Fabulous Lives Of Bollywood Wives' last year. 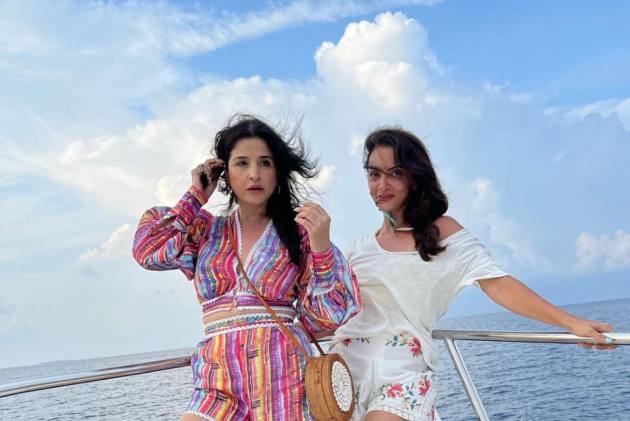 Following the positive tests for Covid-19 by Kareena Kapoor and her closest friend Amrita Arora, Maheep Kapoor and Seema Khan both tested positive for the coronavirus.

Maheep Kapoor is a jewellery designer who is married to actor Sanjay Kapoor. Sohail Khan is married to Seema Khan, a fashion designer. The duo appeared in Netflix's 'The Fabulous Lives Of Bollywood Wives' last year.

Speaking to Indian Express, Sanjay Kapoor has said, "Yes, she is Covid positive with mild symptoms and she has self-isolated.” According to a report by Hindustan Times, the Brihanmumbai Municipal Corporation (BMC) reported that it was Seema Khan who first got Covid-19. Kareena Kapoor and Amrita Arora also received it at a get-together celebration at Karan Johar's residence on December 8.

Seema Khan had minor symptoms, said the BMC. On December 11, the Covid-19 report of Khan came positive. The same day Kareena Kapoor and Amrita Arora too got themselves tested and their reports also came positive on Monday.

According to the BMC, Seema Khan exhibited minor symptoms. On December 11, the Covid-19 report of Khan came positive. Kareena Kapoor and Amrita Arora were also tested on the same day, and their results came back positive on Monday.

Earlier in the day, Brihanmumbai Municipal Corporation (BMC) confirmed that Kareena and Amrita have tested positive for Covid and added that they've ‘violated Covid norms and attended several parties’.

In a statement, BMC had said, “Actors Kareena Kapoor Khan and Amrita Arora tested positive for Covid-19. Both of them had violated Covid norms and attended several parties. BMC has ordered people, who came in contact with the two actors, to undergo RT-PCR tests.”

They also reported that Kareena Kapoor's residence has been sealed and that the BMC is tracing down the persons with whom she has had touch in the previous week. In a message on her Instagram Stories, Kapoor announced her diagnosis.

“I have tested positive for Covid. I immediately isolated myself while following all medical protocols. I request anyone who has come in contact with me to please get tested. My family and staff are also double vaccinated. They are currently not showing any symptoms. Thankfully, I am feeling ok and hope to be up and about soon,” her statement read.

Maheep Kapoor and Seema Khan recently announced their reunion alongside Bhavna Panday and Neelam to shoot the second season of 'The Fabulous Lives Of Bollywood Wives.' Karan Johar shared a behind-the-scenes video on Instagram and wrote, “Our favourite Bollywood wives are more fabulous than ever. Fabulous Lives of Bollywood Wives Season 2 is now filming!”