‘Antim’ actress Mahima Makwana speaks up about how actors like Radhika Madan, Sushant Singh Rajput and many others have created a path for other TV actors to follow when it comes to getting work in films. 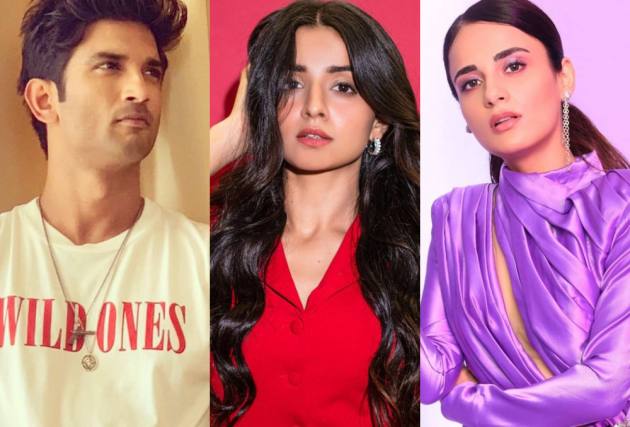 Actress Mahima Makwana made a stellar debut on the big screen with the recently released ‘Antim’ starring actors Salman Khan and Aayush Sharma. The actress was praised for standing tall firmly and showing her prowess in a pretty much male-dominated film.

While ‘Antim’ maybe her first big film, Makwana, however, has been doing Television shows for quite a long time. Usually, we’ve seen actors and actresses from TV finding it difficult to get a footing in mainstream films. Makwana is one of the very few to have made it successfully to the major leagues.

Did she too find it difficult? “Not at all. In fact, more than being biased there were remarks being made while I started auditioning for films, back in the day, almost two years ago. It was a conscious call that I made to get out of my comfort zone, to try out my luck in the film industry and to challenge myself with different stories. We had so many things coming up as far as OTT is concerned. So I would say that TV actors were actually looked down upon because of the medium that we belonged to, but I think today we are in a great space because there are fewer judgements passed as compared to earlier. There is less scrutiny that comes,” says Makwana.

Speaking about the kind of influences she had, Makwana says, “I think the kind of journey of the television actors that I have witnessed like Radhika Madan or Sushant Singh Rajput has made a lot of difference. They have created a path that everyone would want to follow. I always wanted to be a part of the big screen no matter how long it took me. I feel people will say what they have to say. All I have to do is keep trying hard. I eventually have to do what I wish to do.”

Actress Mrunal Thakur had also reiterated the same thing about there being a bias when it comes to TV actors auditioning for films. On the same lines, Makwana adds, “It is biased. There is already a preconceived notion that this actor will over-act. I think one should at least get the opportunity to perform. People should not form a preconceived notion about it. I feel TV actors get fewer opportunities and fewer privileges. When you finally get an opportunity, you give it your 110 per cent because you don’t get the privilege to take it for granted. I am sure Mrunal (Thakur) must have spoken about her experiences that have helped her to be the actor that she is. I feel it all counts.”

But does the TV experience cause a hindrance in moving forward? “No experience goes for waste and I strongly believe that there can be no substitute for hard work. I can vouch for it because it is hard work, destiny and dedication that have got me here. My journey is an amalgamation of everything that I have put into it. I feel the most important thing is that one needs to believe in themselves,” concludes Makwana.