Malvika Raaj: Aryan Khan Is Going Through A Lot; Shah Rukh Khan Is The Most Charming Human Being

Actress Malvika Raaj, who co-starred with actor Shah Rukh Khan in ‘Kabhi Khushi Kabhi Gham’, speaks up about his son Aryan Khan going through a lot of troubles. She also talks about her debut film as lead actress, ‘Squad’. 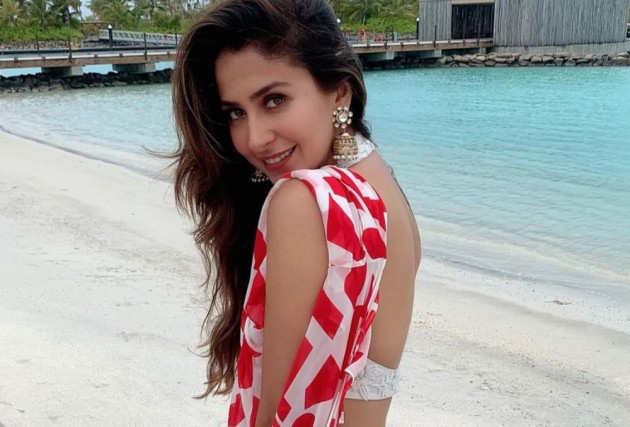 Actress Malvika Raaj made her film debut with actor Shah Rukh Khan in ‘Kabhi Khushi Kabhi Gham’ as a child artiste. She is now all grown up and making her debut in films as a lead actress with ‘Squad’. The film also stars actor Rinzing Denzongpa and actress Pooja Batra. Filmmaker Nilesh Sahay has written, directed and produced the film.

In a heartfelt chat with Outlook, Malvika Raaj speaks up about how Shah Rukh Khan is as a co-star, how she feels he is going through a lot of troubles because of his son Aryan Khan’s court case, why she was away from films after ‘Kabhi Khushi Kabhi Gham’ and her upcoming debut film ‘Squad’. Excerpts from the candid conversation:

How did the film ‘Squad’ come to you?

Nilesh Sahay, our director, heard of me through a common source and saw my pictures on social media. We had a meeting. I auditioned for the same and bagged the role.

You must have been getting acting offers all these years. What made you say yes to ‘Squad’?

I always wanted to debut with something different. In ‘Squad’ I’m doing high-octane action stunts all by myself. The full process was very intriguing and it was something which I just couldn’t say no to.

You did ‘K3G’ and now are coming as a lead actress. What have you been doing or learning all these years?

Post ‘K3G’, my parents wanted me to complete my education. But my passion has always been films. So, I started training for my first love (acting) and also did a lot of runway modelling in the process and now finally my movie is releasing. Yay!

How is Shah Rukh Khan as a co-star? Any striking memories which you have of his…

He is the most charming human being on this planet. He is so grounded and he knows how to respect everyone on set. That’s one thing I have learned from him. No matter how big of a superstar you are, you always respect people around you with zero arrogance.

Do you feel he is being unnecessarily harassed with a court case on his son?

Yes, 100 per cent. I feel Aryan (Khan) is going through a lot more than what he should have. I can’t even imagine how stressful the full family would be.

A message for SRK…

It’s just a bad phase, and this too shall pass. I really pray it passes very soon. Stay strong.