Manav Kaul: I’m Scared Of Ghosts, I Can’t Even Sleep Properly If I Watch A Horror Movie

Actor Manav Kaul speaks up about being scared of ghosts since childhood, and how he would say yes to a horror movie very reluctantly. 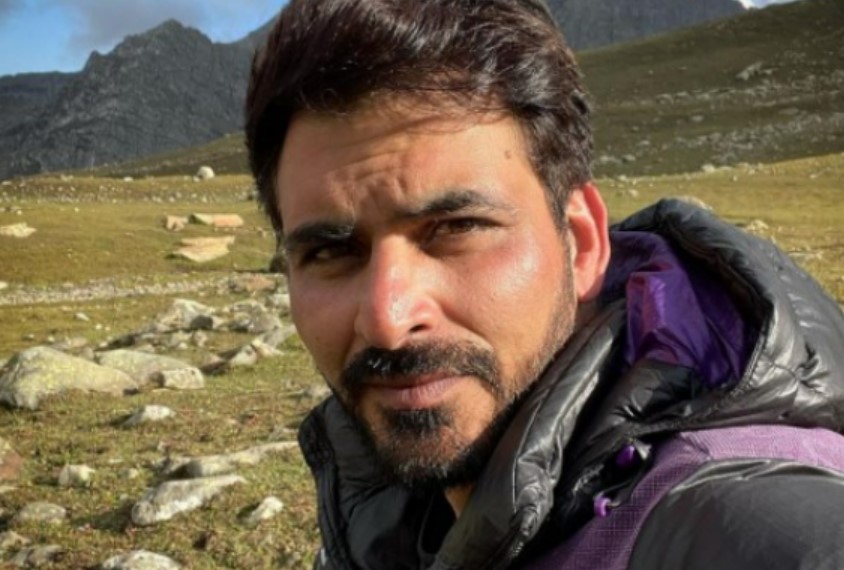 Actor Manav Kaul may have featured in popular horror flicks like ‘Ghoul’ and ‘Dybbuk’, but he is inherently scared of ghosts and paranormal beings. The actor had received a lot of love for playing a Christian priest in his last film ‘Dybbuk’, but despite that, he recalls how he has been afraid of ghosts since childhood.

Talking to Outlook, Kaul talks about why he doesn’t do more films, how he reluctantly says yes to horror scripts and how he can’t even sleep properly after seeing a horror film. Excerpts from the chat:

Do you often get asked why you don’t do more films?

For you as an actor, does the success of a film become a hindrance as it brings forth similar kinds of characters in the forthcoming scripts?

Absolutely, I remember when I was doing ‘Kai Po Che’; it was a successful film, I got many films after that in which I was asked to play a character that was completely similar to Bittu Mama, then after 'Tumhari Sulu', I received similar kind of good husband roles. I get very bored by doing similar things so I try to avoid that and that is another reason why I don’t work too much. I wait for something interesting to come my way and as an actor, we can only wait on the receiving end. The success of the films are very important because that is how people will see more of your work but at the same time as an actor, I have to be very patient.

Your last film, ‘Dybbuk’ saw you in a completely different role. According to you was that different from anything you’ve been offered before?

I think, first of all, I am not a very big fan of horror films because I don’t watch them. I am very scared. I stay alone so I can’t even sleep properly if I watch a horror movie because I am very scared. So, I avoid watching horror films.  Whenever I get the offer of a horror film, I say yes to it very reluctantly. I have only done ‘Ghoul’ and this was the second horror movie that I did. But ‘Dybbuk’ had a very interesting storyline and Jay, the director, was very passionate about the entire film and it is very detailed and everything had a reason. So, I really liked the concept and my character was very exciting, which is why I agreed to do it.

You played a padre (or a Christian priest) in the movie. In your personal life, are you spiritual and do you believe in God?

I am an atheist so the good part about being an atheist actor is that everything is a story and character to me. I like that idea and every religion has a very amazing story and for me, the world is very interesting. Everything is less heavy, and of course, the charm of story-telling is always there in every religious text.

I don’t believe in God or Satan but at the same time, since childhood, I am scared of ghosts. There is something because of which I cannot sleep properly when I see a horror movie and so I avoid watching horror movies or series.

Have you ever had any personal experience with paranormal beings or ghosts?

Personally, I have never had any such experience in particular, when it comes to any kind of paranormal activity.

Your last film ‘Dybbuk’ was released on OTT. Do you feel with the advent of OTT in India, filmmakers and actors who were probably not getting enough work in films, are finally getting their due?

You are right. This is all because there is a lot of work. Several films are being made. Loads of work is being done on OTT platforms. There is a lot of work for everyone be it actors, directors, writes and also it is a very good time to be in this industry.

How difficult is shooting in this ‘New Normal’?

I don’t know about the new normal, but I think we have to take care of each other during these difficult times. Even if we have to face more difficult times than this, people still have to work, people have to go out. It is about livelihood and it is about coming together and making sure that we start working in a safe environment with everyone feeling safe.

Next is, I think, ‘Finding Anamika’, which is a Netflix series, which will release early 2022.