'Black Panther', the Marvel blockbuster fronted by virtually an all-black cast, has created history by becoming the first superhero film to get the Best Picture nomination at the Oscars. 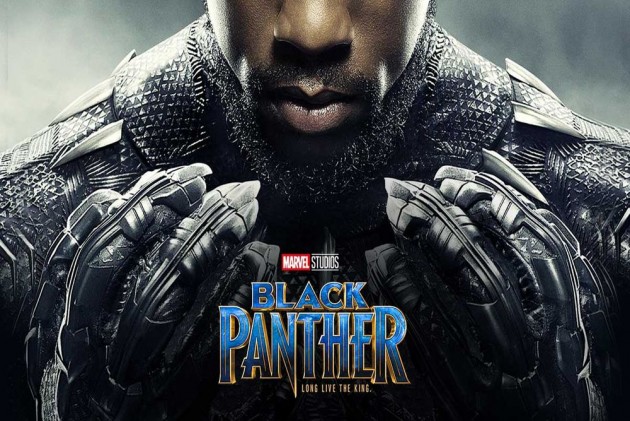 "Black Panther", the Marvel blockbuster fronted by virtually an all-black cast, has created history by becoming the first superhero film to get the Best Picture nomination at the Oscars.

The film, directed by Ryan Coogler and featuring Chadwick Boseman in the titular role, received total seven nominations for the 91st Academy Awards.

In the Best Picture category, the film is pitted against "The Favourite", "Vice", "Roma", "Green Book", "A Star Is Born", "BlacKkKlansman" and "Bohemian Rhapsody".

The film, featuring Michael B Jordan, Lupita Nyong'o, Forrest Whitaker, Angela Bassett and Letitia Wright among others, received praise from both the critics and the audiences for its authentic portrayal of African culture.

The film has had a spectacular awards season, as it received nods at the Critics' Choice Awards, SAG, BAFTAs and a history-making Golden Globe nomination.

In the past, superhero films have been nominated and have also won a few Academy Awards, but mainly in the technical categories.

Last year, James Mangold and Michael Green had a break through as they received the Best Adapted Screenplay nomination for Hugh Jackman's "Logan".

Prior to that, Heath Ledger won a posthumous Oscar for Best Supporting Actor in 2009 for his portrayal of one of the most notorious DC villains, the Joker, in Christopher Nolan's "The Dark Knight".

Nolan's film had raked in eight nominations, but could not make it to the Best Picture category.