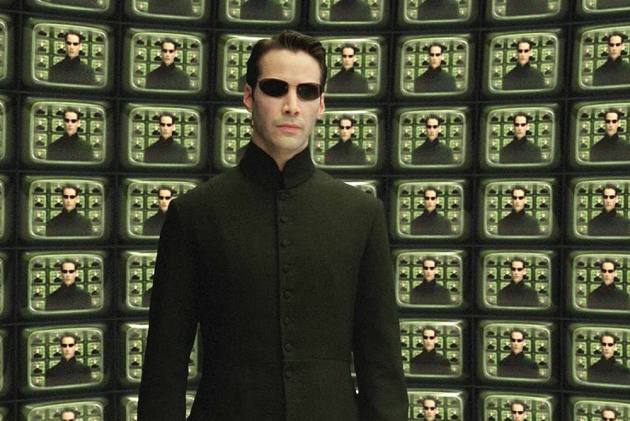 Makers of the ‘The Matrix’ film franchise finally revealed the title of the long-awaited instalment. Titled 'Resurrections', the film which will see the return of its lead character, Neo aKa The Chosen One, played by Hollywood star Keanu Reeves, also stars actor Priyanka Chopra Jonas.

The title reveal was made during the premier of the film's teaser trailer, at the ongoing CinemaCon in Las Vegas on Tuesday.  The teaser is yet to be released online.

According to reports, the trailer, apart from several action-packed scenes also showcased several emotional scenes, including the one where Carrie Ann Moss’ Trinity asks Neo, if they have ever met before. Trinity was Neo’s partner in the first three instalments.

Some other highlights from the trailer, as reported, included Neo looking at an older version of himself in a mirror while the song ‘White Rabbit’ by Jefferson Airplane played in the background and Neo aKa Thomas Anderson (his original name in the trilogy), in a therapy session with actor Neil Patrick Harris’ character.

Lana Wachowski, one half of the Wachowskis who directed all the three films in the franchise with sister Lilly, has penned and directed the new project. Besides Reeves, original trilogy star Carrie-Anne Moss also returns for the fourth instalment.

CinemaCon is being viewed as Warner Bros' attempt to reassure the exhibition industry that the company is still in the game of theatrical releases, eight months after its decision to debut its entire 2021 slate on the same date in theatres and on the WarnerMedia-owned streaming service HBO Max.