Matt Damon On Using Homophobic slurs: I Do Not Use Slurs Of Any Kind

After the actor’s interview over the weekend, in which he admitted that he “retired” the use of the word “f****t” in his house after a conversation with his daughter, he issued a statement on Monday clarifying that the conversation was not a “personal awakening” session for the Oscar-winning actors. 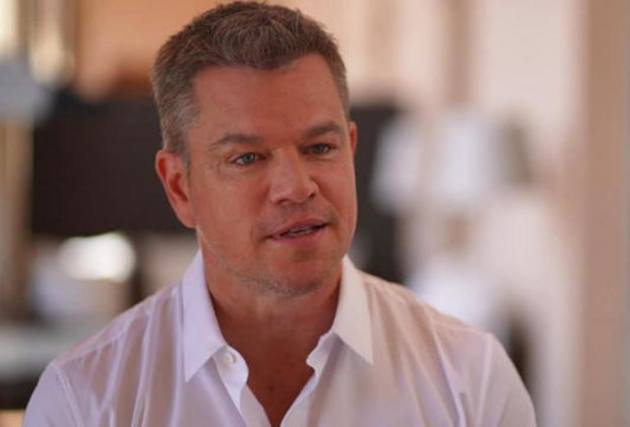 Actor Matt Damon has issued a statement in which he has clarified that he has never made any homophobic slurs, defending his interview over the weekend in which he said he retired the use of the word ‘f****t’ in his house, after a conversation with his daughter.

“I have never called anyone 'f****t' in my personal life. I do not use slurs of any kind. During a recent interview, I recalled a discussion I had with my daughter where I attempted to contextualize for her the progress that has been made — though by no means completed — since I was growing up in Boston and, as a child, heard the word 'f--' used on the street before I knew what it even referred to," the actor said in a statement, as reported by People.

"I explained that that word was used constantly and casually and was even a line of dialogue in a movie of mine (‘Stuck on You!’) as recently as 2003. She in turn expressed incredulity that there could ever have been a time where that word was used unthinkingly," he added.

In an interview with Sunday Times on Saturday, Damon had recalled being given a lesson by one hos three daughters on how the word “f-word for homosexuals is dangerous”. Since then the actor has been accused of homophobia. However, in his statement the Oscar-wiining actor clarified that the conversation with his daughter was not a “personal awakening session” for him.

Saying that he was proud of his daughter, Damon said: "To my admiration and pride, she was extremely articulate about the extent to which that word would have been painful to someone in the LGBTQ+ community regardless of how culturally normalized it was. I not only agreed with her but thrilled at her passion, values and desire for social justice."

However, he also acknowledged his interview over the weekend and also explained why he understood the outrage against his interview, especially by those who are part of the LGBTQ+ community.

“I have learned that eradicating prejudice requires active movement toward justice rather than finding passive comfort in imagining myself 'one of the good guys,'. And given that open hostility against the LGBTQ+ community is still not uncommon, I understand why my statement led many to assume the worst. To be as clear as I can be, I stand with the LGBTQ+ community,” he ended the statement.