In a recent interview with radio host DJ Zane Lowe, the Oscar-winning actor was asked about his potential upcoming role and his response surprised many fans on social media. 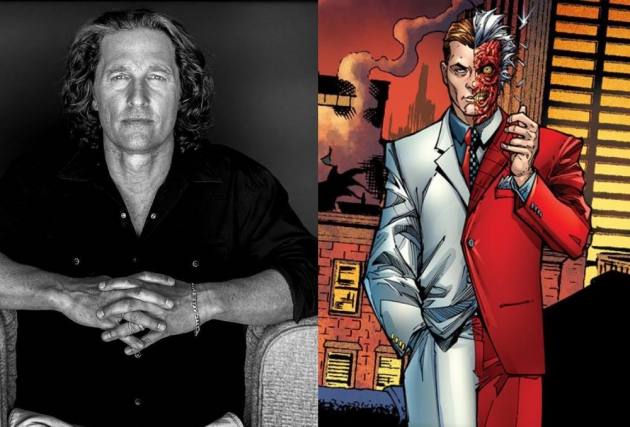 Oscar winning actor Matthew McConaughey has neither confirmed, nor denied the possibility of him playing Harvey Dent aKa Two-Face in the upcoming ‘Batman’ trilogy, which stars Robert Pattinson as the titular super hero.

In a recent interview with radio host DJ Zane Lowe, the actor was asked about his potential upcoming role and his response surprised many fans on social media.

McConaughey revealed that he was hearing the rumours about him being one of Batman's arch-rivals, for the first time. “I am? First I’ve heard of it, but it happens this way sometimes!” he said.

However, when Lowe suggested that maybe the rumours are false since McConaughey himself has no knowledge of it, the actor wisecracked and said: “Or maybe they’re right."

If you didn’t know, the award-winning actor is rumoured to be essaying the role of Harvey Dent aka Two-Face, in the upcoming ‘The Batman’ trilogy. The superhero film follows Bruce Wayne in his second year of freeing Gotham of criminals, but after numerous murders, it becomes clear that the city is more corrupt than anticipated.

The actors who are playing pivotal roles in the upcoming film are--Jeffrey Wright as Commissioner Gordon, John Turturro as Carmine Falcone, Paul Dano as The Riddler, Colin Farrell as Oswald Cobblepot aKa Penguin and Andy Serkis as Alfred Pennyworth.