Baba Azmi and Shabana Azmi have told a powerful human interest story that can be the story of any poor aspiring family in India. And 'Mee Raqsam' is also a tribute to Kaifi Azmi from his children. 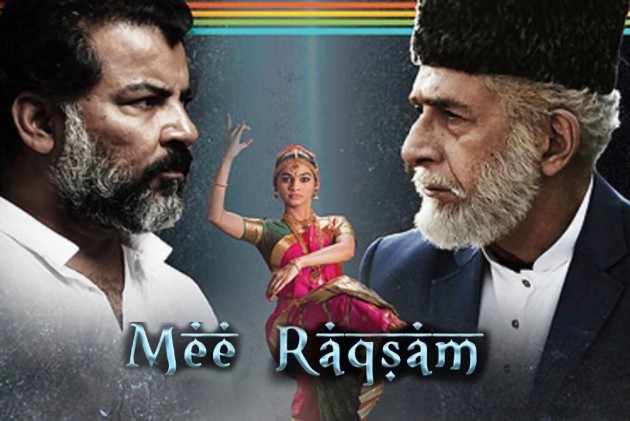 Diversity, pluralism, individual freedoms, gender equality are some of the ideas at the heart of our Constitution. But how are they connected to the lives of ordinary people? Can a father’s love for his daughter withstand the challenges brought about by rejecting social norms? Can a Muslim girl be allowed to pursue her dream of becoming a Bharatnatyam dancer? Should the aspirations of a girl child be given importance? Should everything be viewed in the Hindu-Muslim binary?

Independently thinking persons are a threat to the clerics as well as the rightist politician. Both must thwart any possibility of blurring of the communal lines. The film Mee Raqsam highlights the old problem of communal politics wreaking havoc in the lives of ordinary humans but does not stop there. It delineates how fair minded and courageous individuals can beat the communal monster. The bonding and friendship between characters from diverse religious backgrounds can lead to a bright future for our multi-cultural society. The film has huge relevance for us today.

Salim Shaikh is a tailor in semi-urban Mijwan. His wife passes on her fondness for Bharatnatyam to their adolescent daughter Maryam before her untimely death. For Maryam, Bharatnatyam becomes a passionate hobby and a cherished memory of her beloved mother. A loving father, Salim spends his hard earned money to admit Maryam in a dance school. All hell breaks loose as word about little Maryam learning Bharatnatyam spreads in the community. Besides, it thoroughly upsets Jayprakash, the powerful patron of the dance school and a Muslim hater. The father-daughter duo resolutely fights all the barriers from within the community and from Jayprakash. In the end, Maryam wins the best Bharatnatyam dancer competition.

Baba Azmi and Shabana Azmi have told a powerful human interest story that can be the story of any poor aspiring family in India. In poignantly doing so they have addressed some of the dilemmas afflicting our communally divided society. At first, the cleric and his sidekick try to convince Salim to withdraw his daughter from Bharatnatyam school as Islam does not permit dance. Salim is the quintessential Indian with an instinctive sense of right and wrong. He believes that as a father it is his duty to enable his daughter to fulfill her aspirations. He must be more sensitive as she has lost her mother. When he is prevented from entering the mosque by men of religion he says, "Aap masjid se to mujhe door kar sakte ho lekin Allah se nahi! [ You may distance me from the mosque but you can’t distance me from Allah!]. "At Friday prayers, he is barred by the powerful Hashim Seth, played by Nasiruddin Shah, because he has gone against the religion. “How can fulfilling my daughter’s dreams be against religion?” Salim says philosophically as he walks away from the mosque.

Jayprakash’s daughter, Anjali, openly disapproves of the hatred and anti-Muslim views held by her father. She develops a bond of friendship with Maryam whose determination she hugely admires. The Bharatnatyam teacher, Uma, simply refuses to see the boundaries of religion and at once spots the inner artist in Maryam that she must hone and enable. Maryam regales the audience with her performance and receives applause and standing ovation. They are happily surprised by the performance of the Muslim Bharatnatyam exponent. The affectionate bond between the father and daughter forms the beautiful backdrop throughout.

Mee Raqsam is a tribute to Kaifi Azmi from his children. It is an extremely engaging story told with a lot of heart. It is emotionally moving to see ordinary persons’ capacity to love and to collaborate for what they believe to be fair and just. It brings out the power of positive over negativity. It carries powerful performances from all the actors. It gets my Oscar for national integration.

(Zakia Soman is the co-founder of Bharatiya Muslim Mahila Andolan.)