Noted theatre personality, Mahesh Dattani explains how the pandemic years have pushed boundaries for stage theatre and given birth to digital theatre. 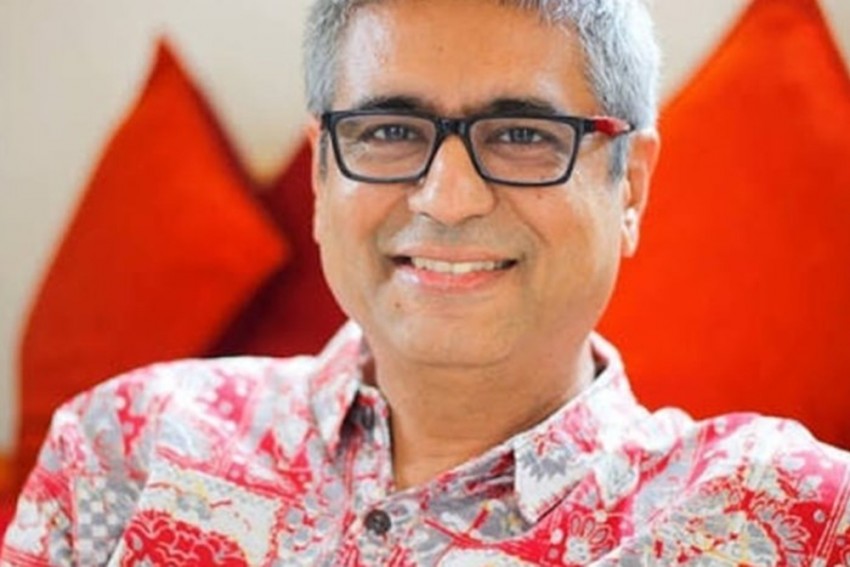 On March 13th, 2020, theatre performances all over the world began their shut down. Although it was a dark year for theater as with other professions, it wasn’t a year wasted. Many practitioners learnt new skills, connected with artists across the world through online readings, workshops, performances, and more.

Mahesh Dattani, an Indian director, actor, playwright and writer says, “The year 2020 and now 2021 was the year of learning and lazing for some, while for some like me, it has been a rather busy time. I have never directed two plays simultaneously in my life. And there I was working remotely with one group on the East coast of the US and the other on the West Coast. And for others, they had to come to terms with the fact that the concept of time and space, something that we use as tools in the theatre, had to be redefined. Time, Space, Motion have always been a priori but now we see a disintegration in the very fundamental building blocks of the theatre.”

However, Dattani feels that all things are born again in the art world and the same will happen to the theater. This revisioning has been thrust upon them, but as theatre artists, they must have an ongoing relationship with the here and now. The reality with all its surprises and twists is something they have always embraced.

Theatre Is The Parent Of Every Other Form Of Storytelling; A Parent Is Irreplaceable: Mahesh Dattani

Dattani has written plays such as Final Solutions, Dance Like a Man, Bravely Fought the Queen, On a Muggy Night in Mumbai, Tara, Thirty Days in September and The Big Fat City. He is the first playwright in English to be awarded the Sahitya Akademi award. In a very intense conversation with Duttani over Zoom call on how he develops the ideas and concepts behind the plays, he says, “It varies like sometimes the starting point could be anything by which I am inspired, it could be a person or a thought and sometimes it’s an event which fascinates me. There is always something new playing at the back of my head and it takes a little while for it to brew. Then whenI feel the same thought coming back to my head, that’s the time I am convinced that it could be developed into a play. It’s a very intuitive thing as to what it is that makes me choose an idea over another.”

Dattani feels that gender is a very integral part of our identity, but again it is very important to look at other identities beyond gender. He says, “Earlier it was a rule that the hunters were men and the nurturers were women, so it is a very primitive concept. Very early in my career I felt that why should that be important. I think I should focus on other identities than just being a man which shaped me and made me who I am. Unlike writing a novel, theatre lies on multiple perspectives. You need to have fluid thinking and fluid ideas.”

Theatre, according to him, is a parent of every other form of storytelling. Story telling precedes even language. Storytelling is at the heart of theatre as it is with many art forms. He adds, “Theatre is a very first performance. I think all art forms seem to develop from that. This form of storytelling comes at a premium because our lives are so disintegrated and our need to tell stories or listen to stories processed through the digital world and our concept of shared space has changed completely. We are sharing our very personal spaces without even realising it.”

Dattani has done digital plays too. It is a form of storytelling and theatre by its very definitions needs communion that’s what it is and that’s where it is rooted. He states, “Without participation it cannot be called theatre. Digital medium is also a creative medium, but it can’t replace theatre for sure.”

The story revolves around a rich, autocratic businessman who doesn’t relinquish control of his family even after his death. He tries to control them through his will; however, he is in for a surprise. Talking about the play he narrates, “This is the very first play I wrote in 1985. It was a very mundane reason as to why I wrote it. There was a theatre festival going on and I didn’t have a play to submit. Then I thought that I should write something for the festival. And at that time, I used to assist my father in his business. I came across a lot of businessmen and the kind of very quirky and controlling kind of patriarch developed in the play and the play was born with my experience with businessmen that I encountered when I was a young man assisting my father. That time we didn’t have computers so I scribbled down a few pages.”

Dattani explains art has been created out of necessity in some way or the other. What we are looking at is new art forms emerging with self-isolation. He believes that what draws one to theatre is its immediate response. It could be the very palpable response from the audience and it could be the silence from the audience. He adds, “Breathing the same air, I think that is what is exciting. But again, like cricket, you can watch it at home on a big screen and you can see the close up where the ball is going a little better, but going to the stadium like going to the theatre is very experiential. Digital platform makes it materialistic, but it does have its place. Digital performance is an art by itself. It can never replace theatre, just as theatre cannot replace what digital media have to offer.”

The fundamental difference between theatre and cinema is that in the theatre the audience and the performer, breathe the same air. Theatre artists radiate energy through this air and their stories fill spaces in the halls and in the beating hearts out there. He believes the magic of this undeniable presence of creativity, physical presence, and shared imagination cannot be undervalued. Nor can you put a price tag on it. It means the world to some people and to others it is completely of no consequence.

It may sound very perverse, but he feels, “In the long run the pandemic has been a good thing for theatre because we value that space a lot more. The pandemic has been a great learning lesson because now we don’t take things for granted. In his opinion, the question is not how difficult the situation is, but rather how different the situation is.”

But can we handle the change? Usually, we have the ability to cope with change because it is slow in coming. The difference this time he feels that the change came overnight. He says, “The winds of change swept us away with no warning. Like Dorothy, we have been transported to the land of Oz. Now we need to meet the wizard to find our way back home. But along the way, we will make new friends and sing new songs.”